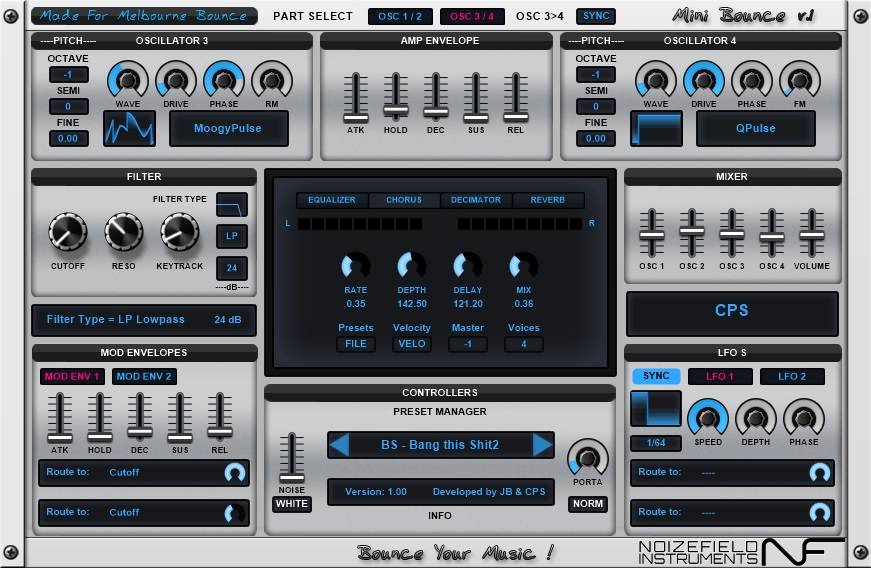 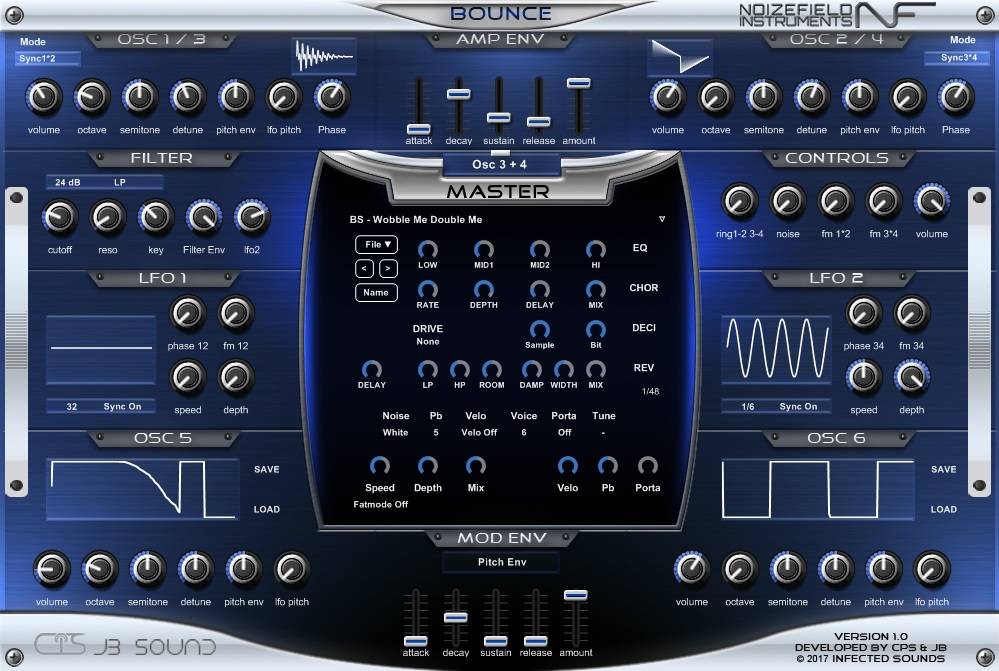 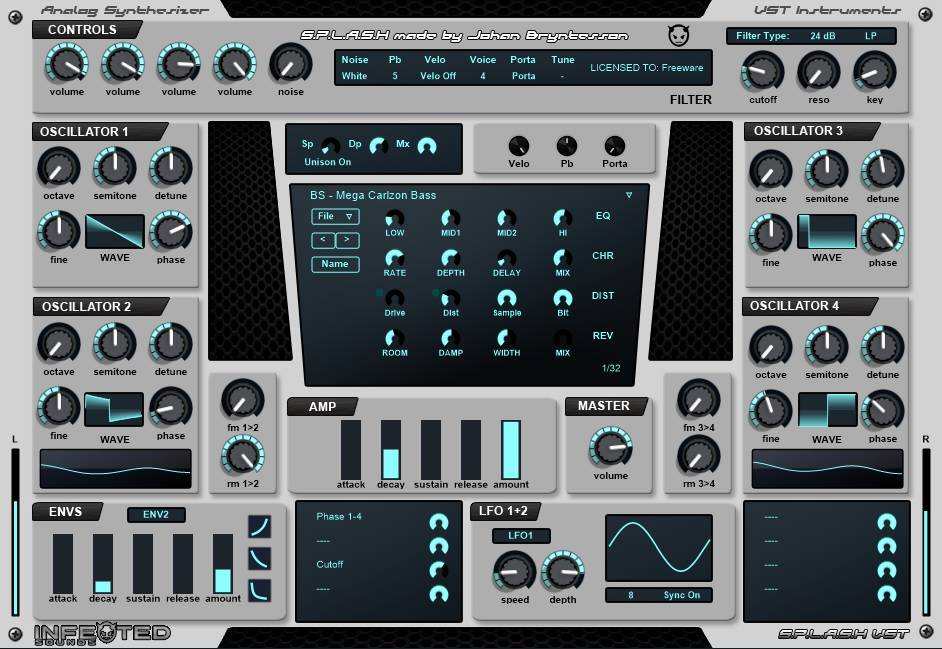 The swedish software-developers of Infected Sounds (Johan and Carl) have released a new freeware synth called Splash. This synth has got four oscillators, two modulation- and one amp envelopes with individual slopes, two different matrixes (one for LFOs and envelopes each). Every oscillator has got 42 different waveforms. An effect section with distortion, bit reducer, 4-band-EQ, Chorus, Reverb is included too. 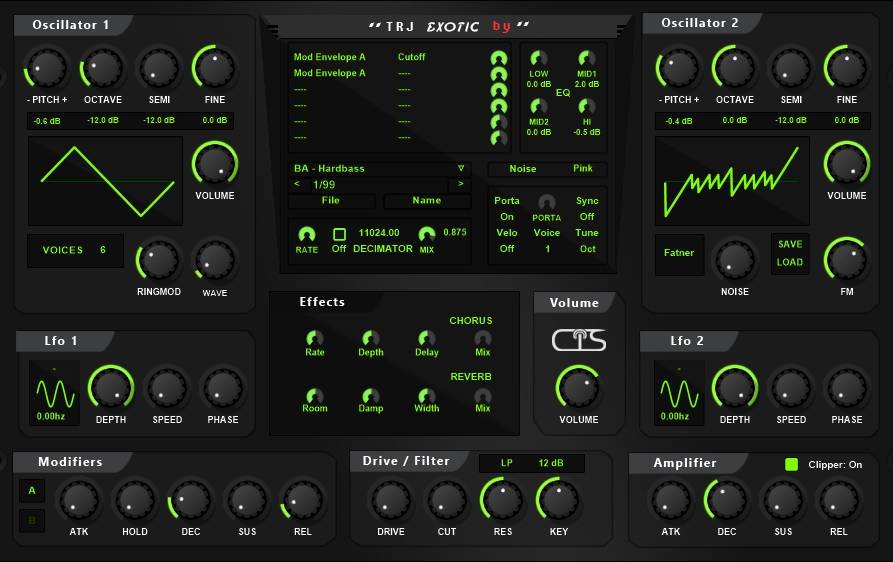 The swedish developers JB and CPS have been released a small synth with two oscillators with 16 waveforms, two envelopes and LFOs, three effects (chorus, reverb and decimator) and one filter section with three different filter modes(LP, HP, BP). Additionally there’s a fatner to create sounds more wide and fat. The sounds are specificated for Melbourne Bounce and EDM styles.

Get it here now for free.