Hello Noizefielderz, today we’re talking with Wenzel and Uwe from the sucessful soundlibrary-company Ueberschall. Read about the beginning from the company and the forthcoming plans from them. Enjoy it!

Hello Wenzel, welcome to this interview with Ueberschall. What was your intension to start with creating own sample-libraries and when did you start?

We started producing samples the 80s. In these early days it was a completely new field and we were experimenting with the possibilities. A very existing time where you felt like a pioneer in the field of sounds. You could do stuff that you never heard before. Everyone who was into electronic music was also interested in sampling at that time. So I bought an affordable studio including the necessary equipment. Friends came over and asked me to create sample presets for them and that was the idea to professionalize this early idea.

How long do you work (on average) on a sample-library (from the recording till the finished product?

Each product is different but nothing is really going fast. For example I record an instrumentalist for 3 hours. Then the selecting, the cutting, the editing and so on will take about 5 workdays. You need to listen carefully to each sound, controll if they are propper cut or might even need to cut some passages from similar loops. Furthermore selecting the loops and also finding a userfriendly structure takes 1 or 2 days as well. When all is done we start working with it in Elastik. Each soundbank is checked for different criterias (perfect looping, strange pitching artefacts, etc.). At the same time we start working on a suiting cover, demo and the product text. This done by different people simultanously but if one person would work on it, he would spend for a library such as Flugelhorn round about 6 weeks. But there is also a difference between electronic music productions and live recorder productions. The later take way more time.

How do you manage to record such different sound-libraries? Normally a producer has been specialized to a special style like jazz or pop or electronic music, but not everything together. If there’s only one producer for the recordingprocess, I think it must be difficult to record such versatile products and to have so much knowledges in different instruments like trumpet-recording, african- drums, modern trance-music etc. How does Ueberschall get everything under one umbrella?

We have a team of different producers that we are working with. They are very versatile when it comes to different styles and genres. Some of our producers can create different styles from Hip Hop to Trance or Pop Music. Others however focus on one genre, for example score music. If we need a specific gerne we also work together with experts in this style.
The instrument recordings are mainly made in our studio, in a professional environment and with years of experience. Especially when working on productions like “60s a GoGo” or “60s Psychedelic Rock” you need deep knowledge of the recording and microphoning techniques used in the 60s & 70s. This always takes a lot of training and experimenting – also with fails and errors. But that is how you learn it. 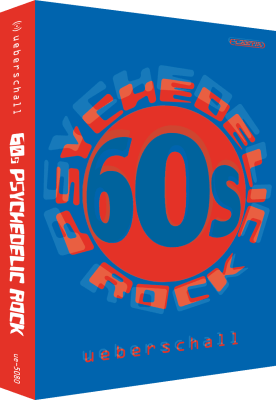 How much guys are working for Ueberschall and what do they do?

That is hard to say. The core team are three persons that take care of recordings, productions and marketing. Then we have several external producers who produce different styles and genres for our label. Regarding the programming of Elastik, we work closely together with zPlane, an audio software company from Berlin. They help us to create new features for the Elastik player and take care of the programming and development. 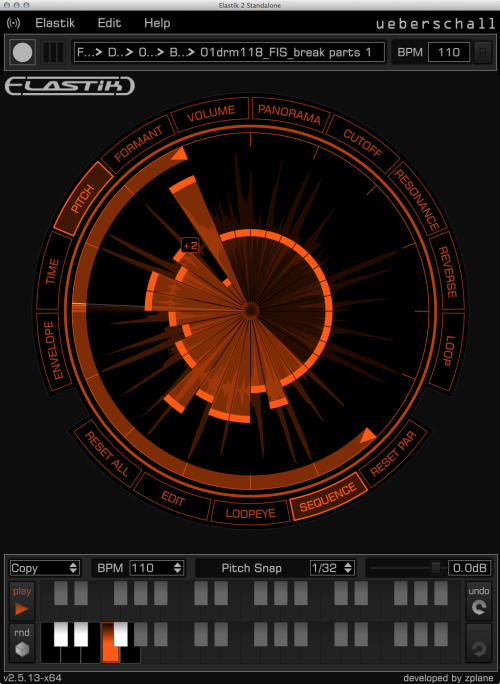 What’s the topseller from ueberschall, and what makes it different to other sample-products from other companys?

Our Top seller is the product “Looptool”. It is kind of an Ueberschall starter kit.
The library consists of 50 Construction Kits from 50 different Ueberschall products and genres. It comes with our Elastik player and is a good start into the world of Ueberschall libraries. Especially for users who want to know more about our Elastik player and the versatile product catalogue that we offer.
Then we have the category of timeless soundbanks, such as 60s a gogo. That was the first Elastik library, released almost 9 years ago. Because the production was so authentic, this music never dies out. If a music products is in need for that authentic feeling of the 60s, there is just no other alternativ then to get this soundbank – or only to produce it yourself which is often very complicated and expensive

Do you or guys from your team also produce and play music?

Haha. Yes we also play music. Uwe, our CEO, is a great guitar music player, but a much better music producer. He is mainly sitting at his computer and tweaks on equalizers and compressors. You can hear the result of his music in productions like “70s Funk Rock”, “Rare Grooves” and many others.

Our guy for marketing and customer support, Wenzel, mainly produces dubtechno music. He is also running a dubtechno label called “Tiefenrausch” for 3 years now. You can listen to his music here: http://www.soundcloud.com/wenzelmehnert
And last but not least our expert for ambient styles is Julian. He is totally into any kind of hardware synth and creates the deepest and detailed soundscapes you have ever heard. He also produced libraries like “ambient textures” for example.

Which interesting sound-libraries could the Ueberschall user expect next?

We will definitely keep on working with live musicians. As from our experience, there is nothing more important, than an authentic saxophone lick for example and you hear if a lick is played by MIDI or live recorded with the right microphones and played by a virtuose musician.

Which interesting projects could the Ueberschall user expect next? Is there a plan for an Elastik Player 3 or an own app?


At the moment we are working on a view new projects for our shop system and the Elastik player. For example we are planing to integrate new algorithms in Elastik that will take loop editing to the next level. One major improvement will be the random function in Elastik. At the moment it creates awesome results when combining it with any product from the Inspire series. So for example you load an inspire soundbank and by using the random function the player will generate new ideas on the fly.

I always planned to open a Kiosk (Späti) in Linden, a very nice quarter in Hanover (germany). Here we have the highest rate of Kiosk per squaremeter. There is even a card game about the different shop in the area (http://hannover.kioskquartett.de/das-spiel/). But I’m missing is a Kiosk for music articles such as deepfrozen guitar strings, cable-salad or Gaffa tape.

That’s what I always wanted to say, to all the Noizefield-readers.

I think it’s very important that music communities like Noizefiled exist. Music is such an important thing in life and especially you readers will know what I mean ;)
It’s great to work in that field and it’s even better that we can share that with other. Keep up that great community!
… and make some Noize!

Thanks for taking time to this.

As you have read this far we have a little goodie for you. You can download the free Uberschall Elastik Player with some free contents here.