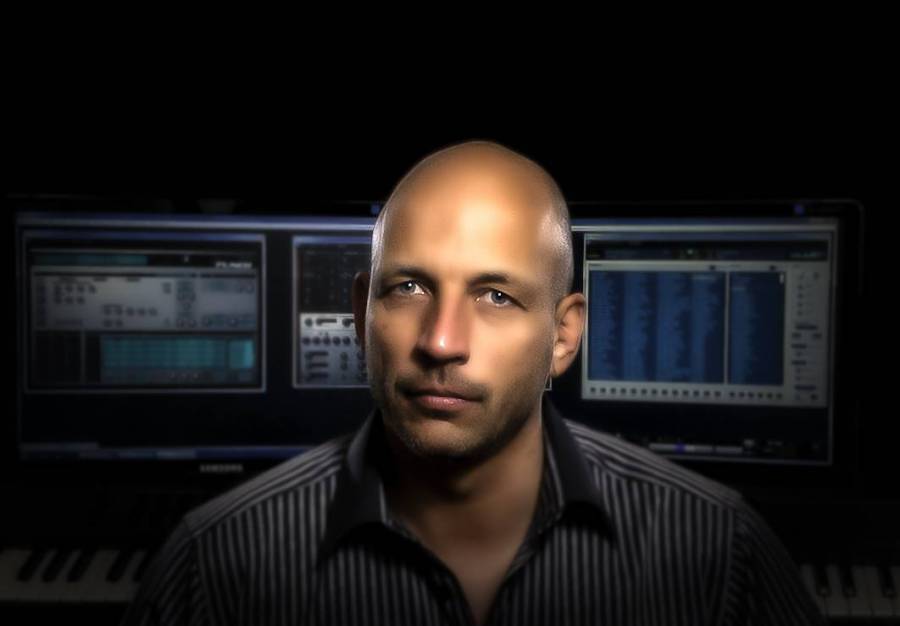 we had the great opportunity to do an exclusive interview with Rob Papen. For sure Rob belongs to the family of the most famous sound designers and plug-in developers.

Rob, thanks for taking the time to answer some questions for our readers. As we know you are for quite a long time in the music business. How did you come to music? and can you talk a little about you musical background?

At age 12 I started playing organ, which was very popular in the 70ties. These ‘cheesy’ home organs. But around the same time I also heard ‘Oxygen’ of J.M. Jarre and this was the game changer for me. At age 15 bringing each day newspapers and with the help of my parents I could purchase my first synthesizer the Korg MS-20 and SQ-10. A bit later I did purchase a 2nd Korg MS-20 to be able also play solos while the other Korg MS-20 was connected to the SQ-10 sequencer.

My first concert I had was at the ‘Klaus Schulze Fanclub’ day and although…not very good what I produced. It was the start and there I also did meet Ruud van Es and Peter Kommers, who already formed a band called PERU (PEter and RUud). I joined them and we made several albums together, later on released on CD. We also formed the band NOVA, which was more ‘light’ electronic music. With NOVA we went up to the top of the charts in Netherlands, Luxembourg and Belgium in 1982 and with a remix of one PERU song we also reached in 1988 Number 1 status in Austria.

So my background is ‘synthesizer music’. The music created ahead of the time that ‘House’ and ‘Dance’ started :D

You did a lot of sound design and presets for synthesizers. What was your intention to start with developing your own synthesizers and effects and when did you start?

Well, I had my own vision on synthesizers and the ‘software’ gave me an opportunity to built them. First project was with Linplug, but I soon found out that a own team was much better. So I searched for a good programmer and found Jon Ayres. Together we form RPCX, which is behind all the current products.
IMO opinion he is the best DSP coder out there. There is nothing impossible with Jon Ayres!

How many people are working for Rob Papen and what is their role?

Our daily team is 4 people included me and next to this we have 3 people that work allot for us.

Other people that do allot for the brand Rob Papen:

The presets you have created for your synths are just great and very usable. Do you have a specific way on how you create them? Do you use and test them in your own productions? how long to you need approximately to create one preset?

Presets don’t have to be ‘spectacular’ to be effective in music. So my focus is always ‘music’ although it can be fun to make an interesting preset…which is hard to use :)
These days also other people do contribute to our library. Look at RAW which has allot presets of DJ’s
My presets are useful for a wide range of music, but I don’t cover all. Sometimes I have to get into a type of music to understand it, before I am able to make presets. And instead of copy other presets…I rather find it more fun to be inspired by the style of music and do some new stuff.

It depends on the style of music. But I often take a piece of music and make the presets on ‘top’ of them to get the in the right style and feel. But I also make many presets just solo.

Overall I am very fast in making presets…..very fast. Some might have seen this on trade shows, when I do some examples. But it also depends on the type of preset. Some presets simply need more work if you like to use allot of features. 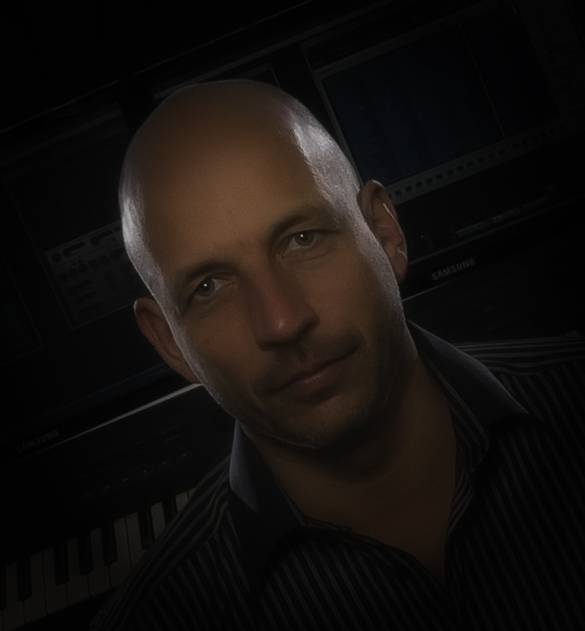 How long do you work (on average) on a new prototype and how much time do you invest to create a new plug-in in total? Is there something you like most by creating new plug-ins and what is the most “pain” for you?

I love creating new stuff and ‘more ideas’ then time!
We go with the flow…which makes that our next release is again something that most will not expect. But if there is an idea and Jon Ayres does send me a ‘beta plug-in’ …. if I hear a great sound and it makes sense to have it as Plug-in we make it.

Jon Ayres and myself have a blast creating new stuff. That is the fun part of our job.

The most ‘pain’ part are the tutorials. Always hard to tell the right thing. Some users know allot about plug-ins and other do know little. So what to tell and how…
But once it is ready, I am always happy. But they are a pain for me… because they don’t come easy.

What is the best selling product from Rob Papen and what is your favourite plug-in?

I am way bad in statistics…
But IMO the SubBoomBass is the best selling product ever. Maybe because everybody needs a great synth bass and it covers all styles of music.
Of course Predator is way popular and among ‘deep synth’ lovers BLUE-II is an icon.

There is no favourite, since all have their own focus and strength.
But if you would put me on an island with only 1 synthesizer, it would be BLUE-II because the man behind the synth is the limitation.. not BLUE-II

Do you also produce and play music?

Recently we started working on a new PERU album. Will be electronic music or as some call it synthesizer music.

Next to that also working on a new solo album, which will take some while. So I upload single songs now.
As I am, always doing things that creative pop up…in this case first three songs are piano and two of them are uploaded already.

This is where you can listen to it and also to my older 2004 release, which I did remaster and two piano pieces.
http://www.cdbaby.com/Artist/RobPapen

For me music is a creative outlet and the biggest joy is that listeners are touched by it.

Sure I play music myself, but not that often. I also love silence and no sound around me.
My head is always analysing sounds and music…. The moment the wake up radio goes every morning and music starts to play, first thing I do is listen to the music and analyse what I hear….
This never stops and I can’t do other things if music is active in the background. A kind of sound disorder.
So I also enjoy ‘no sound’ at given time.

Invest in knowledge and do your own thing.Rob Papen

You did a lot of sound design and presets for synthesizers. What was your intention to start with developing your own synthesizers and effects and when did you start?

I must admit that I am way lazy when I make music. I do everything with the computer and plug-ins. Although I have top notch synthesizers…. my workflow is now all inside the computer. Of course I use ‘knobs’ for controlling the synthesizers. For the envelopes, filters etc… This to have knob feel while making presets. I often start from scratch, but use also presets.

From hardware, my Jupiter-8 is my all time favourite. Purchased in 1983 and fantastic synth. Of course also my original MiniMoog is in the top 3 of hardware synthesizers and also the classic Microwave I.

Crappy stuff…. IMO there is only ‘crappy music’

Which interesting plug-ins or other new products can we expect in the future from you? Do you also plan an app for iOS or Android?

This year two products. One is a fantastic sounding tool, you need like a carpenter needs a saw. And Prisma, which is released hopefully this year. But still much work.

We had regular request for iOS or Android. But for audio quality you need ‘CPU’ power.
Also ‘good DA converters’ to get a good sound.
We keep an eye on it, but currently we had not the manpower to release something cool.

Rob you mentioned a new product and we are very glad that you gave us the permission to release more infos about your latest product “RP EQ”.
Can you please tell us what is the idea and the concept behind this new EQ plug-in?

In the virtual music world there are a countless number of different EQ’s available…so why another one? Well, Rob Papen is all about sound and he was convinced he could add something special to the EQ plugins.

When you first open RP-EQ in your DAW software you will see that it is far from a basic bread-and-butter equalizer. Unique elements were added to the core equalizer unit. The toolbox includes a Mid/Side equalizer mode and Mono/Stereo split filter which is used frequently in modern EDM/Dance music styles.

The Air section is fantastic on your master channel and the proven X/Y Pad adds a dynamic and creative edge to an already very musical RP-EQ.

We are the first ones with an XY pad in the EQ section… cool feature for the creative minds.

But the ‘sound’ of this EQ is the main power. Very warm, clear and silky :) 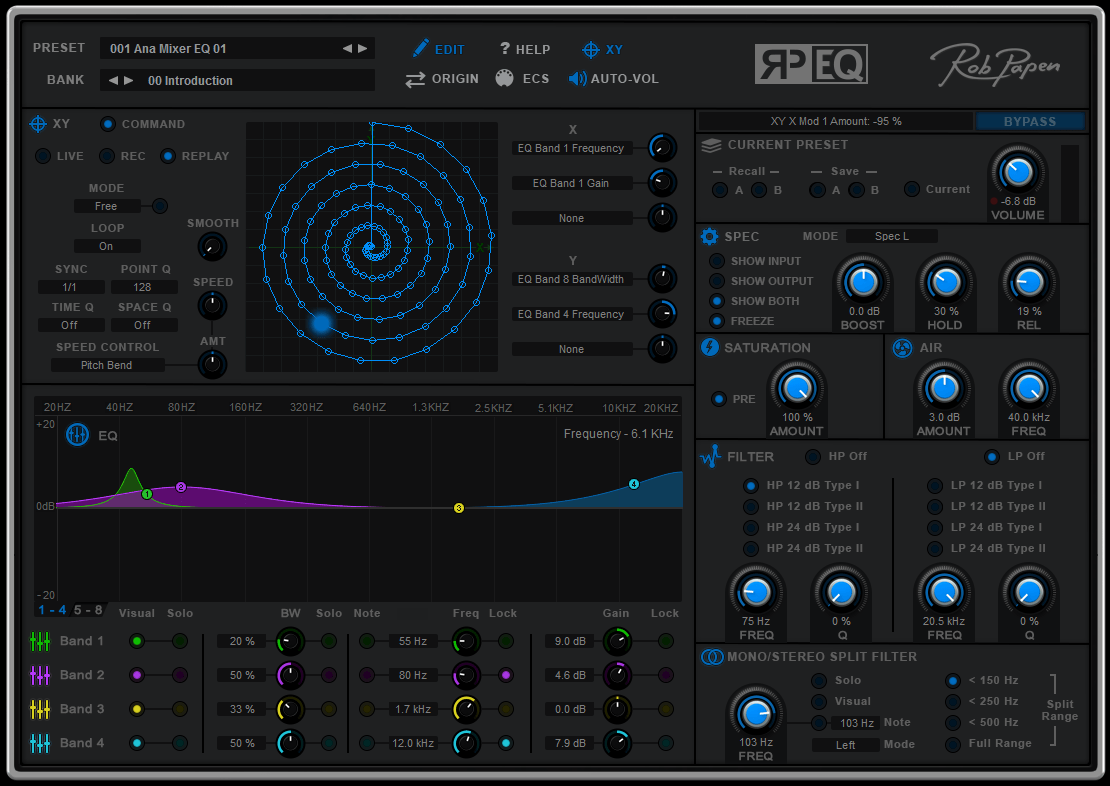 Can you give us a little production tip or do you have a secret on how you create presets?

Knowledge is the best tip I can give.
Invest in knowledge and do your own thing. 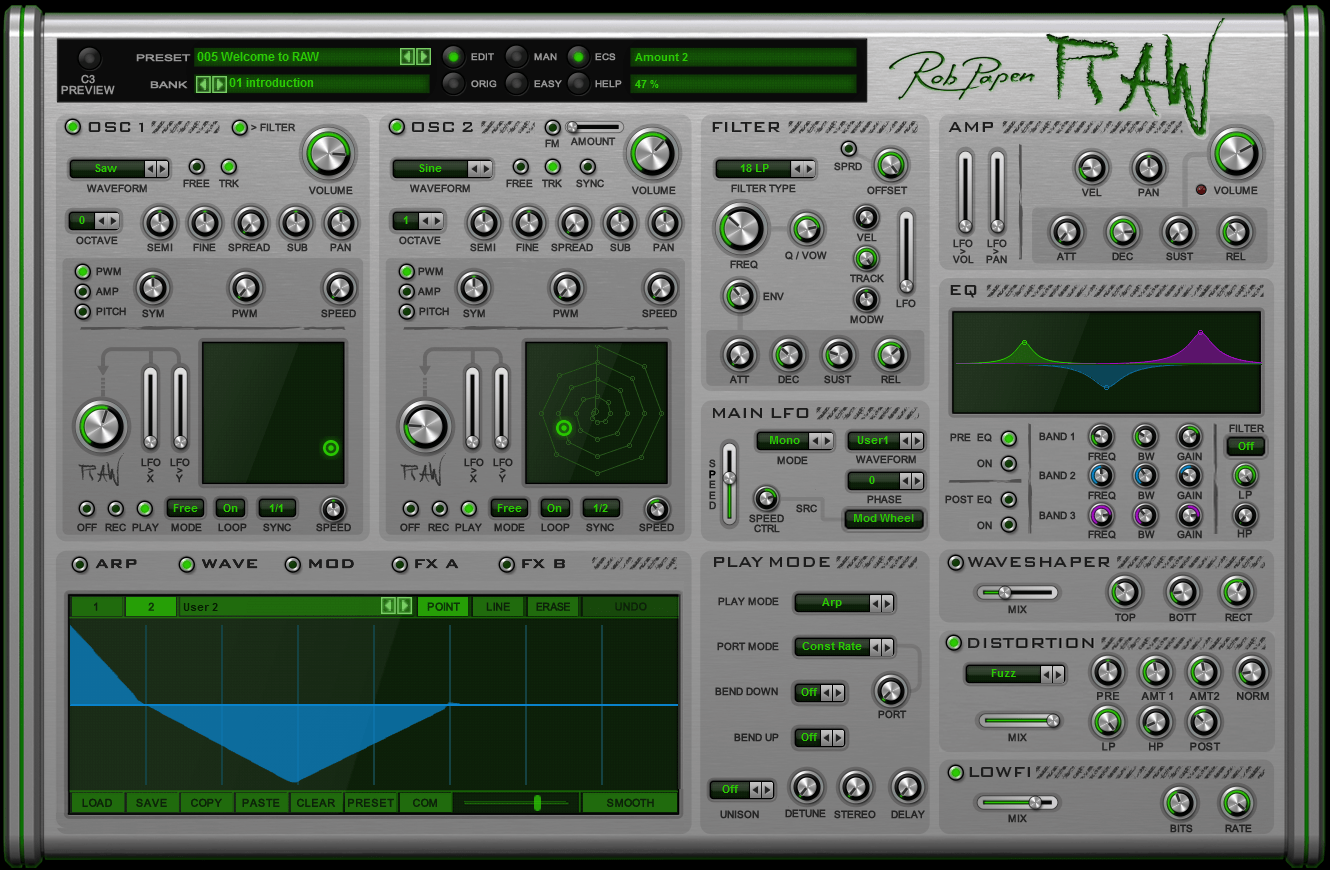 Something you always wanted to say, to all the Noizefield readers.

Rob, thank you very much for the interview.

RP EQ | Give away

Rob Papen was so kind to give away a copy of RP EQ to two of our happy readers.

All you have to do is to do something funny. Then write it into the comments below.
You can tell us a nice joke, send us a link to a funny picture or a video.

The two best/ funniest entries will be picked on October the 10th. We will announce the two lucky winners on this page and by email. (Only one entry per person is allowed).

Talk-Zone #14 Interview with Rob Papen (Plus Give Away) was last modified: December 13th, 2015 by Noizefield