Hello Noizefielderz, here’s an interview with the record-deal winner Mikey Vas from Australia, the guy who made the third place for the Homeaffairs-Remix Contest. Enjoy reading it! 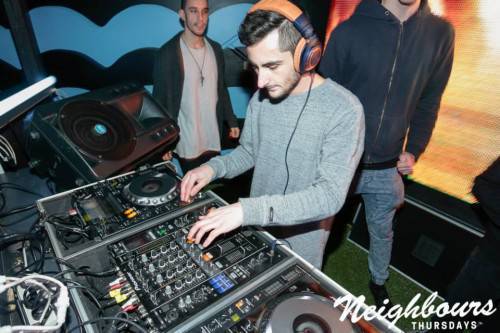 Hello Mikey! Congratulations to your success from the Homeaffairs Remix Contest by Noizefield. Have you expected that you will win a record deal?

Hey Carl, thanks mate! To be completely honest I had no idea what would happen, but I am grateful to have made it into the top 3.

Tell our readers something about Mikey Vas. Where do you come from, and when did you start with producing?

Well I’m 21, and come from Melbourne in Australia. I started playing around with FL Studio when I was 17, eventually changing to Ableton, so I’ve been producing for a few years now.

Your remix competition track is a trendy EDM track, Is EDM your favourite style or have you produced other styles before the big EDM hype came up?

Haha well it’s really tough to say, I’m a big fan of many, many genres, but mostly the various styles of Progressive House, that’s what sort of lead me into the EDM scene; listening and producing. At the moment I’ve taken a different turn with my sound, you could probably tell it’s heavy influenced by Julian Calor, who I’m absolutely loving at the moment!

When you start with a production with which elements do you usually begin? (drums/melodies or lyrics?)

It depends really, it could start from anywhere, whatever im inspired by at the time is where i will always start from, but most of the time I love to start with a chord progression.

I do have a few originals, but none that are any good for a release haha! And at the moment this will be my second remix release, all of which can be listened to on my soundcloud.

Which kind of equipment do you use for your studio productions? Do you prefer hardware or software? If you’re using plug-ins, what’s your favourite synth or effect tool? Maybe you’ve got a freeware tip?


I’ve been quite lazy and haven‘t set up a studio, so I’m currently producing in my bedroom on my laptop. Im using ATH M50x headphones which are really good for me, since I got them my production quality has seen an insane amount of improvement. For plug-ins I would have to say the Fab Filter Bundle is absolutely exceptional for effects, and I love to use Sylenth and Spire for my synths. I don’t currently have any hardware, but it is defintely something I look forward to, when I build up a studio!

Are you only a producer or also a DJ? When you’re also a DJ, when did you start, which equipment do you use, do you have got a residence club etc…

I do enjoy Djing, but I feel as if i should focus on my production before I go back out and hit the clubs. I’ve played at a number of clubs and held a residency twice, but nothing at the moment.

Which projects and productions/remixes could the Mikey Vas fans expect next?

Well at the moment I’m working on something very different, I feel as if creativity is such an important part of production – like most producers would tell you. It’s a remix of Hardwell’s massive track Spaceman, but it’s in a different key, allowing me to completely revamp the track to my own style, plus I’ve found vocals that match perfectly, I’m hoping to have this done in the next few weeks.

Now let’s tell our readers a secret or something that you always wanted to say.


Haha, I can’t really think of much, but I do remember my first DJ gig at a club in Melbourne, I got it by winning a DJ competition. As anyone would be over the moon and really excited, i remember rocking up full of anticipation. By the time i was playing, there was literally not one person in the room and halfway through I got told to turn the music down. It was definitely one of the worst Djing experiences I’ve ever had. I’d also like to say thank-you to anyone who has enjoyed listening to my productions, I’m very grateful for the simple fact that I’m able to share them with people, and hearing feedback is always a blessing!

Thanks Carl, always a pleasure talking with you!