Welcome Anie and July. You’re a well-known DJ team as 2elements. Introduce yourself to our readers, where you are coming from and tell them about your intension to start with the turntablism.

Hi ravers, I´m Anie, born in the eastern part of Germany, living now close to Dusseldorf. July and me started djing around 10 years ago because of friends. All around us were working in clubs so we got familiar with the nightlife scene and really liked it. We had fun to spin and we noticed, there are almost just a few girls outside, such like Marusha or Monika Kruse. So we practised to use Vinyl, which was difficult in the beginning but we can say, we made it! No Serato or
something like this, just mix one vinyl in a 2nd one :-) 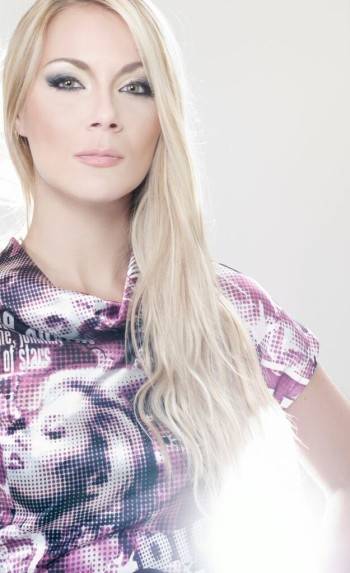 A lot of newcomers also want to start such a successful DJ career. What will be needed in those days to leave the competitors behind and get success for a long time? Maybe you’ve got a tip for our readers – especially for upcoming DJanes!

The time has changed. When we started djing it was more about music. Now you have to do good music, be unique, be a marketing talent, invest a lot of money in your early career and very important today you need the right people around you to bring you up. There are so many talented people outside but they never get heard because of the quantity of music and because of everyone can & want to be a DJ – to get the technical know how is quiet easy with the fast technical development during the last couple of years. A tip: be yourself and don´t do anything what you don’t want to do – the industry is full of crazy ideas.

Your favourite style is House and Progressive House. But sometimes your also playing EDM. What do you think about the EDM scene actually? Do you think the hype for that style is over because of the upcoming Future House or do you think EDM will be still popular also this year?


EDM will still exists for a while in clubs and festivals but the labels changed their interests already. If you see real EDM guys like Martin Garrix or Blasterjaxx you will notice that they are also playing some more house stuff not just noise.
We tried to stay a bit in the middle of EDM & House. For 2elements, EDM was & is electronic dance music. It´s not just to categorize as noise. But this definition is pretty different in the scene. We really like it, if the people enjoy the music, jumping, screaming and doing weird things, it´s definitely fun for a DJ but it shouldn´t make a difference if you play House or Electro.

You started your career with playing vinyls. Which equipment do you use actually for your DJ-sets? Do you also use a software systems like Serato or Traktor, or are you only playing CDs?

Yes, first we played with Vinyl, then with CD´s and now we´re using USB. We never used Serato or Traktor. I´m not a big fan of bringing my laptop in the clubs. USB is quiet comfortable but with Vinyl you´ve got the real Dj-Feeling. 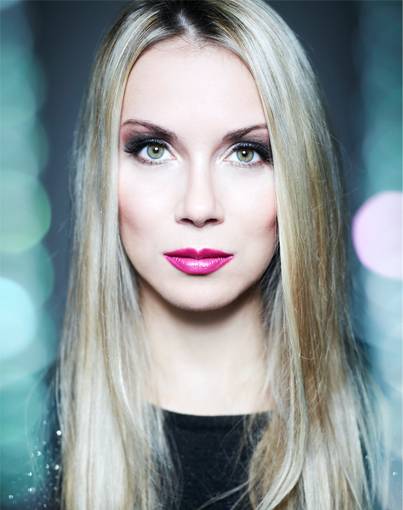 When it will become summertime again that means for DJs festivaltime. On which festivals can people see and hear you live playing 2016 and which gig was the best gig you’ve ever played?


This year I´m looking forward to play at Endless Summer Festival in Koblenz, Ruhr in Love Oberhausen, some Holi Colour Festivals or the well known Open Beatz Festival close to Nuremberg just to name to…also we´re playing with Dannic at the Snowbeats Festival close to Hamburg. Ok, thats not in the summer but it´s also a great festival. 2015 was a great year for the open air parties: we played so many nice shows!!! There was the World of Elements – it was in the old ruin, wonderful location at the top on a mountain & perfect weather. To play at NOA in Zrce Croatia was absolutely fun, also Technoparade in Paris – I can´t decide which was the best one – maybe to play the first time at Space Ibiza – we were soooo excited. Looks a bit
like Ushuaia in Ibiza. We had great open air shows in Italy on the sea. There was a boat party in Miami, which was great. We played 3 stages at Ruhr in Love. Also Heaven & Hill Festival – it was rainy but amazing location & the people were going crazy. Sommer am See in the eastern part of Germany was a big & great festival. There are sooo many nice places around the world!!!

5 years: Friends with David Guetta :-)
Well, it sounds stupid but even you have a well working track you need the right label & support of the big ones to go ahead. Will keep on working on productions to do a next step…
10 years: had 1,2 real hits, being a healthy millionaire and just playing at the best of the best
events :-)

You’ve done a remix for Francis Mercier („Can You Love Me“). Which next single-releases and remixes could the 2 Elements fans expect next? Is there a chance for an own artist album?


On the 9th of Feb. a new remix is coming for a DJ buddy from Miami, called „Stare Into The Sun“. Right now we´re working on another remix for a german buddy, can´t tell the title. Almost 3 singles are ready and we´re looking for a home. To do an album isn´t an opportunity for 2elements right now. I´d like to work on one single, which works really well – that is enough homework :-)

I know you like to create special intros, bootys and mash-ups. When you’re producing something, which kind of equipment do you use? Are you working only with hardware or software or a mixture of both and which tool or plugin is your favourite one?


Intros and some bootys will be done at our own, using Ableton, looking for sounds & beats on different sites, samples or acapellas or doing this by our own. For the remixes & singles, we´re a team of four, sometimes five people, using Ableton & Cubase and of course we´re using a mixture of hard- & software. Steinberg & Spectrasonics plugins are good ones for example. And we use Melodyne aswell, especially we´re working on remixed and you got the vocals from there people.

Our alltime favourite- classics are:

Now you’ve got the chance to tell our readers something that you always wanted to tell them.

Something what really annoys is that the difference between a male DJ and a female DJ is still so big. As a woman you don´t have just advantages, believe me! It´s still a male domain! I really love what I´m doing and I´m very thankful for getting this chance to play so many nice gigs around the globe, met so many crazy people and could just do a job, I love. Thank you for all the people out there, who support and like us for so many years!