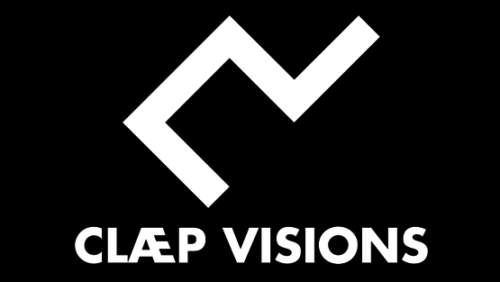 Welcome Gabriel and Tim and Sanja. You’ve started a new electronic music record label called CLÆP VISIONS Records. Let’s tell something about your background and about how you came to the idea to build up a new label?

The passion for this music has taken us deeper into the scene. Linked to this is always to start mixing records and it evolved again a new passion, music production. Many of our friends have got the same interests and we have therefore also gained many loyal artists. After several joint events , we realized that our interpretation of house and techno is still quite unknown and sounds timeless. This mixture and the positive feedback has encouraged us to make this project and so „CLAP VISIONS“ was born.

Some weeks ego the first CLÆP EP has been released. Congratulation to this. Which kind of music styles does CLÆP Visions Records reflect generally? Is it just an underground label?

It was more of a white release, in order to collect diverse styles of music and influences to start defining a label sound. This is a continuous process which will evolve over the next few releases, following up are the the EP’s of our artists.

You’ve got the chance to download our White EP for free right here:
White EP 001

Clæp Visions Records has got already 10 artists in its portfolio, like Sanja Kelevra, Sischke or Conrad.Hart. Which releases could we expect next of your artists?

We are a collective of DJs & producers. Some of us are more classical Vinyl DJs like B.Müller and Conrad.Hart. Conrad.Hart for example has made some interesting edits from classic vinyls and Tim Rilies attempts as a producer but is more a DJ at this point. Matti Julius is maybe a prodigy. He is a studied Jazz Guitarist and Composer and also he is studiing classical composition. He has an 16-head orchestra called VKKO (Verworner-Krause-Kammer-Orchester). Jesus Moses is a multi-talented musician and also has a hip hop alter ego called Jeezus and a little label called florentin.records. Next step is an official Compilation called „CLÆP I“ featuring maybe 5 or 6 of our artists . We’ve already start to choose the best tracks for the next EP.

Actually it seems that Clæp Visions is only a digital record label, right? Is there a chance for a CD or a vinyl one day?

Absolutely, but first we got to define a certain sound – a sound which will be from constantly significance at every release. But we are still in the early states so we need to take our time. After good selling digital records is the next step to press vinyl.

Is there a place for some new talented artists too? Maybe some of our readers wants you to send a demo-track. Would you listen to all of them and to which adress should the tracks be uploaded/sent?

We are always looking for talented artists. Everybody is welcome to send us his music demos. The best way is a link, via we-transfer, dropbox or soundcloud.

I’ve heard you’ve initialized an own event in Stralsund (North/East of Germany) What can you say about that and are there plans for further events in the future?

The event was very familiar, all of our friends and the crowd from this area came togehter. Larger events, would need more professional support. In the future, we will work with clubs and professional organizers, currently we are planning the official release party tour.

Which studio-equipment will be used by Sanja Kelevra for creating his tracks? Does he only work on a computer with a DAW and plugins on a computer or does he also work with analog outboard equipment?

Sanja is also at the very early stages – but is gaining more and more of a signature in his sound. This is also contributed to his studio equipment.
Coming from an instrumental background he always had a thing for tweaking knobs and pushing buttons. After experiencing virtual plugin synthesis he got interested in hardware equipment.
Currently he is using Ableton Live as DAW paired with a Novation Bass Station 2, a Dave Smith Mopho Keys and a Roland Aira TR 8.
He could not afford a lot of instruments so his friends and him shared and lend their equipment under each other.
He always tries to bring in as much timbres as possible: the warmth of analog synthesis, the sharpness of digital signals mixing it together, shaping a spectrum of different sounds.

Who has done the mastering for the CLEAP EP and who’s doing that for the other Clap Vision releases?

Sischkes has been doing the job for our white release. But the next releases get a professional mastering of a befriended company. We want that Sischke can focus on the essentials and that is his music. 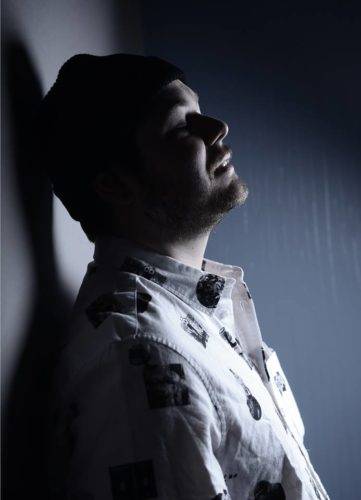 Let’s tell something our readers, that you always wanted to tell them.

It’s not easy to live easy – Nowadays the music market has become much more difficult, the tracks get only a short attention than before the era of streaming. When you want to be part of this, than you must work hard.