Welcome Giuseppe. You‘re the mastermind of the company SILENCE+OTHER SOUNDS. Please explain our readers what you‘re doing, how and when you got it started and what it makes different from other sound companys.

Hi everyone, and thank you Carl for inviting me! Silence+Other Sounds is a boutique
sound design company , our core activity consists in developing sound libraries with a
prominent cinematic attitude. We have in mind composers of soundtracks and trailer
music, sound designers, game developers , people working in post production and also
producers of electronic music who are not afraid to embrace a more complex,
experimental kind of sound. I should say that Silence+Other Sounds was born several
years ago just as my personal label where I released my own music, which was very
cinematic oriented as well. Then , my interest in electronic music production and sampling gradually shifted to pure creation of sounds, I became obsessed with more extravagant sound design techniques and how some of them were frequently used by composers and sound designers for cinema. So, here's how Silence+Other Sounds became what it is today. In regard to our position in the market, I think that we have our sound signature as other companies have their own one. Our libraries always include a collection of custom Kontakt instruments which are tailored for the user that wants to create his own versions of the original sounds but at the same time that signature remains there. Oh, and we send monthly freebies to our subscribers, which I think is pretty rare!

Actually you‘ve released the Transfer sound library. Which kind of sounds does this collection contain?

Transfer is a futuristic cinematic sound library. It includes trailer-ish sounds like impacts, blasts, tension builders, morphs, robotic stutters and atmospheres/textures, plus 36 Kontakt instruments to further manipulate the sounds (in the SoundPro version). They have been created from a very meticulous design work applied to recordings of common objects and synthetic sounds as well. For example, I recorded myself pouring water on a hot plate to produce organic white noise bursts, which have subsequently mangled with a number of different DSP chains to obtain something detailed and interesting. The concept I had in my mind was to create sounds that embodied a feeling of complexity and movement, that kind of hybrid hi-tech sound that is typical for example of sci-fi movies.
Let's say that you'll immediately recognize them as typical sounds for cinematic production, and very likely they'll bring to your mind images of robots, droids, hi-tech engines and futuristic vehicles. 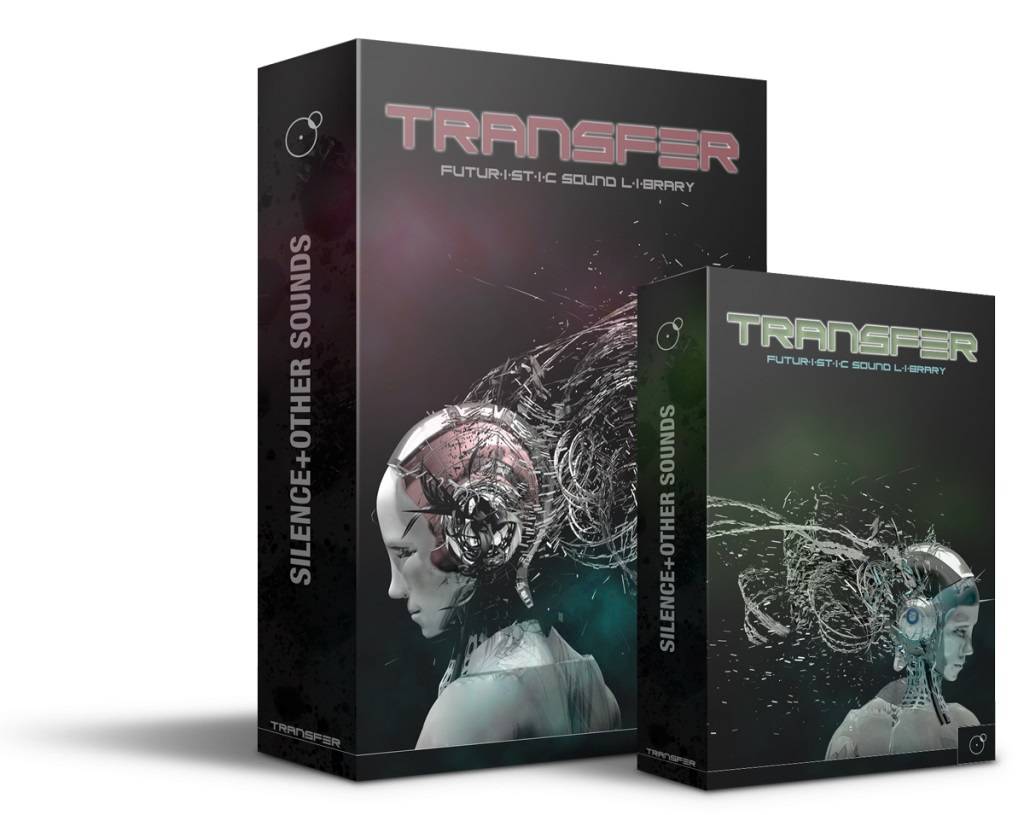 For which kind of purposes could the Transfer-sounds be used? Are they useable for music production or for animation and video editing or just for sound-design?

Well I think that Transfer is a pretty versatile library. Composers for media and electronic music producers will probably benefit the most from it, I'm a trailer music composer as well so I have very clear in my mind the kind of sound that can really make the difference in this realm. Sometimes a rise effect can make or break your track, so I wanted that every single sound had this potential of easily adding that character and depth in a composition context. At the same time, I think that Transfer has a lot to offer also for editing and post-production, very recently a game sound designer purchased the library and told me he'd have used the impact sounds as weapons effects. For the impact effects I tried to achieve a nice balance between the low end and the perceived loudness, something that you can feel in your chest and in your face at the same time, which is what you want in many cases, either you're making a trailer or looking for a cool weapon effect.

Of course, we send monthly freebies to all our subscribers, which are usually short collections of 20-25 sounds, corresponding roughly to 250-300 high quality sounds per year, so a middle size sample pack. They don't need to be our customers, all our subscribers receive the freebies regardless they purchase our products or not. We pride
ourselves to have a highly regarded game music composer in our subscribers list, she
downloaded almost everything we released. I can’t say the name for privacy but trust me, if she’s with us you can’t go wrong!

Is there a plan to develope also own VST or AU-plugins not only Kontakt instruments or what can we expect next?

Absolutely. We have decided to start with Kontakt sample libraries because this allows us to have a tight release schedule and gain the trust any new company needs to earn in the beginning. Once that things will settle a bit, we can take more time to focus on VSTs and proper instruments. Fortunately most of us have coding skills, so we will of course take advantage of that

Creating and developing a new sample library is taking much time. Which kind of synthesizers and audio-equipment do you use to produce new stuff for SILENCE+OTHER SOUNDS (hardware/software)?

I'm a minimalist, I tend to use always the same tools, trying to avoid to repeat myself.
Reaktor is omnipresent in everything I do, from grain resynthesis to spectral processing. I build a lot of custom ensembles and often use them in conjunction to stuff built by other people, like Twisted Tools products, which are astonishing. The Reaktor User Library is a great place to find amazing ensembles. I also use UVI Falcon, Madrona Labs’ Kaivo, an outstanding synth for physical modelling. IRCAM Tools is another great thing for spectral processing, along with Michael Norris’ spectral bundle, which is free. Another two essential tools of my workflow are the Roli Seaboard Rise and Lemur, I can customize how to manually interact with the instruments with my custom mapping and literally play my sounds by hand, so there’s a sort of performance aspect involved in my sound design.

Are you the only sounddesigner and producer of SILENCE+OTHER SOUNDS or are you also cooperating with external sounddesigners? 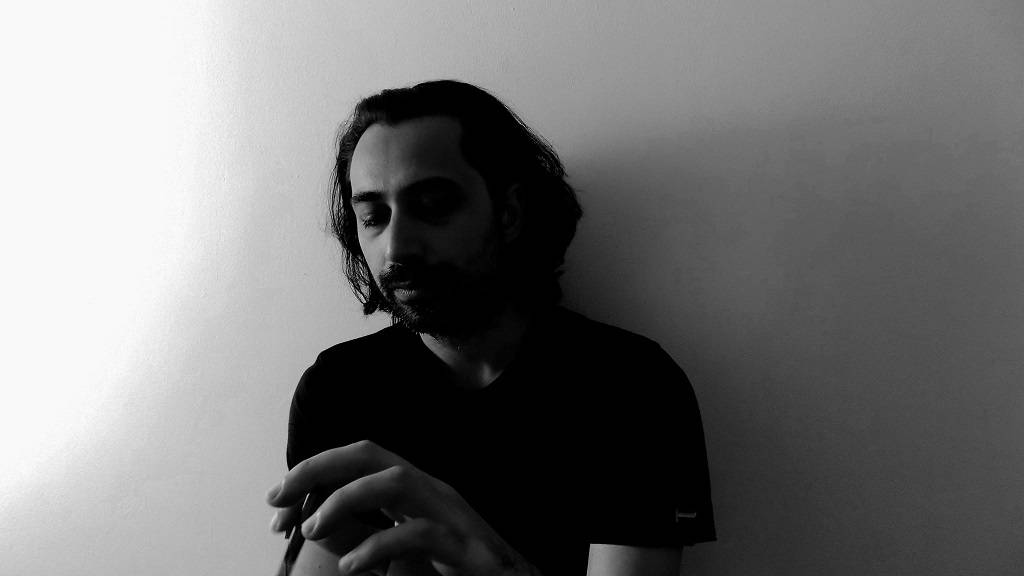 I'm the only person in charge of the sound design at Silence+Other Sounds. There are
other two guys in the team, Luigi Operato that manages the website and the mailing list
and Franz Russo who’s our visual artists. However I collaborate with other sound design
companies, like Epic Stock Media, Alessandro Romeo’s Sampletraxx and Last Sonic
Frontier, which is a trailer music publisher of composer Alessandro Camnasio. I’ve also
done some things for UVI and regularly release other kind of libraries on Sounds by Native Instruments.

I‘ve heard that you‘ve initialised a special discount deal exclusively for Noizefield. What can you say about that?

Well this is a little nice gift for the Noizefield community. Basically it’s a 30% discount on Transfer SoundPro, valid from February the 1st to the 28th, so instead of 49 $ you’d pay around 34 $. Moreover, you’ll also get a lifetime 10% discount on every single product we’ll release in the future. Sounds like a really good thing to me and if you don’t take my word for granted, just head to the reviews section on the Transfer page and you’ll see what other customers think of the library :) The dicountcode is called: NOIZEFIELD30

Now you can tell our readers something that you always wanted to say.

I’d like to express my gratitude to all our subscribers and customers, we started the
website a few months ago and we have more than 3000 people on our list and very encouraging sales. We didn’t expect it to be so good, so thank you very much!

Deal: 75% off Evolution: Atlantica by Keepforest