Today we talked with Caspar bock of Baby Audio. Hi Caspar, thanks for taking time to this interview. You're the mastermind behind Baby Audio. Please tell us something about what Baby Audio is doing, how it got started and what was the intention to start this company

BABY Audio is a New York-based plugin developer, although not for long as we are actually in the process of relocating the company to Los Angeles to get closer to many of our customers and the music scene there.
My career prior to BABY Audio was in the advertising industry and, before that, in music as an artist/producer. I wanted to find a way to combine these two things: my obsession with music production and my professional background in advertising. When I met a Dutch software developer online and discovered that we shared the same passion for plugins that are simple on the surface but clever underneath, BABY Audio came to life. 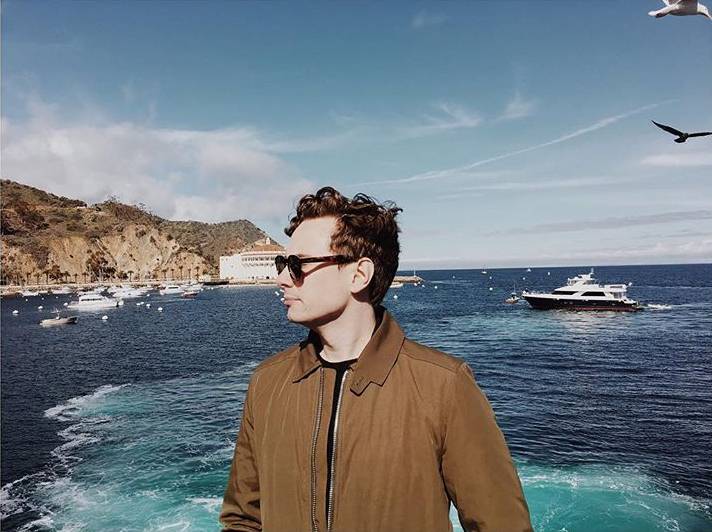 Actually you've released the brand new effectplugin Super VHS. What's that for a plugin and what features/parameters does it contain? Is it good for sound design or more for mixing, maybe even mastering?

We wanted to make a simple plugin that captures the spirit of playing back 80s music on VHS tapes. Doing so is about more than just emulating the sound of video tape. It is also about recreating the kind of processing used prominently in VHS-era mixes: The lush chorus sounds, grainy reverbs, low bit-depth samples etc. Super VHS is our attempt at packaging that whole vibe into the most simple plugin possible. It can be used for anything from production/mixing to sound design. For mastering, I’d go easy on the knobs though ;) 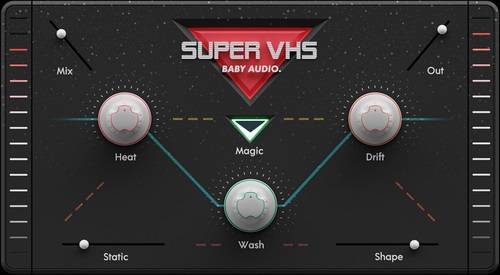 Super VHS has got six effect processors. Tell us for which instruments could they be used?

Heat is a saturation algorithm modeled after analog tape. It sounds good on any source that needs a bit of warmth: drums, synths, guitars, bass, vocals etc. Magic is a one-knob chorus effect that works particularly well on synths, rhodes, guitars and anything with a sustained sound. Shape is a sample rate reducer. At extreme settings it adds an ‘arcade’ vibe to instruments or drums. Wash is a lofi hall reverb - inspired by rack reverbs from the 80s. It works well on almost any source. Just turn it up! Drift adds fluctuations to the pitch and time, giving the feeling of a VHS machine with wonky playback. It works especially well on sustained parts like synth chords, guitars, drones etc.

Lastly, there’s Static, which is actually a primitive softsynth within the plugin, generating a filtered pink noise sound reminiscent of a beat up VHS machine. It can be applied subtly underneath any sound source to provide some authentic and pleasing dirt.

You've got also another effect plugin called I Heart NY. What's that for a tool? 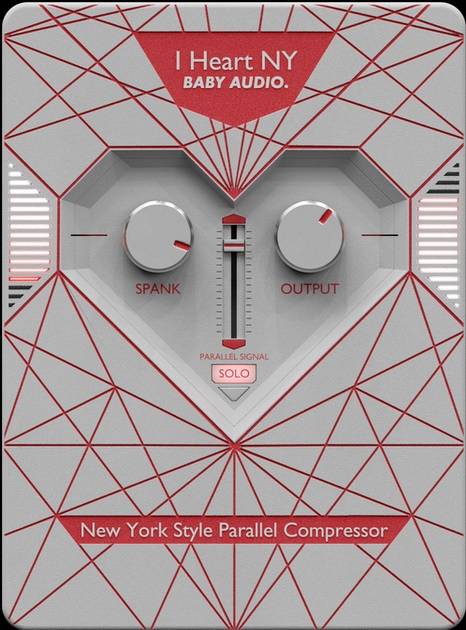 I Heart NY is actually two ideas in one. First, it’s a simple way to apply parallel compression to a track without setting up a parallel bus: The plugin adds a parallel bus internally, and you can mix in the wet signal with a decibel fader (like on a mixing console). But more importantly, I Heart NY is also a compressor with its own sound, designed to absolutely smash and beat up your drums (and beyond) without losing the life of the signal. The compression algorithm’s behavior is inspired by the hard-hitting sound introduced as “New York Compression” by some prominent producers in the 1990s. Hence the name.

I Heart NY and Super VHS are both effect plugins. Is there a plan to create a sound generator like a synthesizer one day?

Yes! We actually have both a synth and a drum machine design in the works. Hopefully at least one of these will come out in 2020.

It's specific for Baby Audio, that your plugins don't have presets. Why? I think people love to start working with a tool directly by playing some presets first, to estimate if a tool hits their flavour. Isn't that true?

It is correct that the first two plugins don’t have presets, but we are considering introducing them with our third product as it will be slightly more complex. For the first two, however, we liked the idea that they are so easy to use - and ‘adaptive’ in their algorithmic design - that the best sound will be achieved when you dial it in yourself. We think it encourages creativity and leads to more unique results. But that’s not to say we hate presets! We just hate endless preset browsing.

A lot of software companies go the easy way and create exact emulations of hardware vintage equipment. BABY Audio seems to go their own way, right

Absolutely! There’s nothing wrong with making emulations, but it’s not for us. What makes this company fun for us is to come up with new ideas, trying to see if we can do something that isn’t out there already and make it sound amazing. Simply emulating existing gear doesn’t get us that excited. And also: you can almost only fail at that game as you will never make something that’s 100% accurate to the thing you’re trying to emulate.

Your claim is „Creative tools for music production“. Could you also imagine to offer samples or soundcollections for your customers?

Great question! It would require for us to find the right collaborators. Our core team’s expertise is in making software. For sound packs, there are some super talented people out there that we can’t beat. And then there’s no point in doing it. So I think, for us to ever embark into the ‘sounds’ world, we’d need to team up with some people who are doing that at a really high level already. If any of those people are reading this then hit us up!

Will there be a chance to use your plugins as an iOS- or Android-App in the future?

This is in the pipeline. We’re currently working on iPad (AUv3) compatibility for our plugins, which will hopefully be up and running by mid 2020. As a more long-term project, we’re also scoping out a couple of dedicated iOS/Android App ideas but I don’t know when - if ever - they will come out.

Having too much hardware was actually what led me to start a software company. I had built my dream (home) studio but got suffocated by all the routing and tweaking of physical gear. To the point where I wasn’t making music anymore. At some point I decided to surrender to software -- and the fast workflow got me excited about making music again. When I was looking for a specific type of compression sound and couldn’t find it in any plugin, the idea for I Heart NY came. The rest of the story unfolded from there...

Talk-Zone #72 Interview with Baby Audio was last modified: May 5th, 2020 by Carl