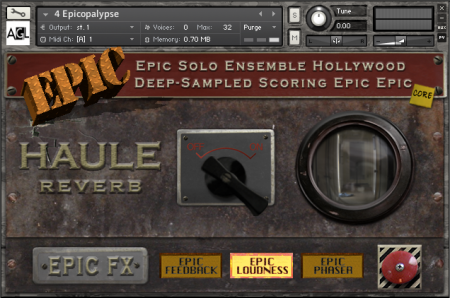 “For years,composers have been yearning for the biggest sounds…the hardest impacts…and power of the grandest scales. The search for the most epic,cutting edge,and next-generation instruments have led sound designers to the farthest reaches of the globe in search of a revolution. Audio Genetics Lab has joined the uprising.
Introducing…
Epic Epic.”