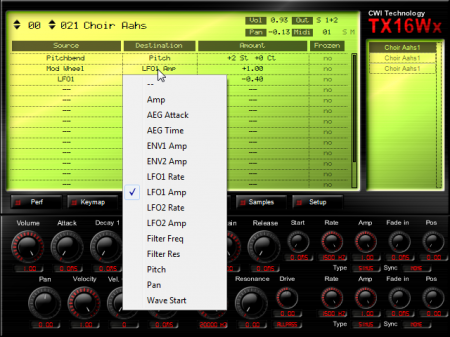 “TX16Wx is a 100% free VSTi Sampler with professional features and an easy to use graphical interface – and – one of the few sampler instruments, free or commercial, with a fully documented file format. Not a preset-player or disk-streaming library engine, this is a plugin for you to make your own sounds, tweak and experiment. Bring back the fun of the old hardware samplers – in software.

After more than two months of public beta testing, various feature addons and bug fixes, this plugin is now released proper. Many thanks to all the enthusiastic testers and bug reporters. ”

Downloads for Windows x86 and x64 are available.