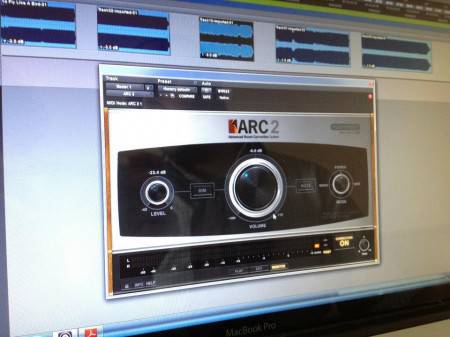 “ARC 2 (Advanced Room Correction), the sequel of the first and only software based acoustic correction system, has been privately presented to selected dealers and distributors at Frankfurt.

With thousands of installations worldwide since 2007, the ARC System has been put to use in every possible real-world situation pushing IK and Audyssey to develop an even more accurate MultEQ technology that addresses all the suggestions received by users. The result is an improved correction, now available in ARC 2, that allows for higher resolution at low frequencies where the correction is most needed, more natural and smooth midrange and high frequency performance, combined L/R correction for high-quality control room optimization and customizable target curves so that you can shape the final response of your monitors. All of these into a completely new, re-designed interface that now also offers a brand new Monitor Control panel for even more flexibility.