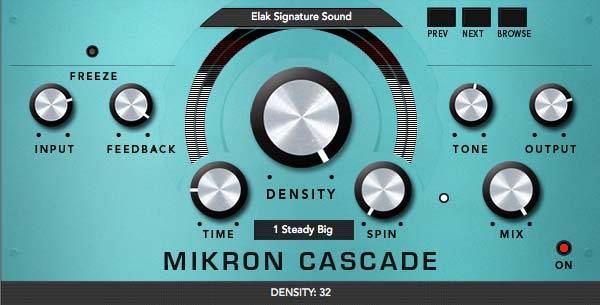 112dB released Mikron Cascade, a perfect tool to create atmospheric, ambient and drone soundscapes. It diffuses any sound input into a lively, lush, warm ‘sound cloud’. The fine-tuned delay models are specifically designed to create organic cinematic atmospheres. A little detuning of the source material can build up interesting tensions. Play around with the density setting to go from distinct reflections to colored noise. Or freeze the input to build up resonating sounds.

Mikron Cascade has been originally developed as a sound effect for the Cascade synthesizer. Thanks to its complex delay network a sound run through Mikron Cascade can develop over time, adding extra dimensions to it. Which makes it the ideal plugin for those who are looking for a high quality ambient reverb, but one with far more complexity in it than usual.