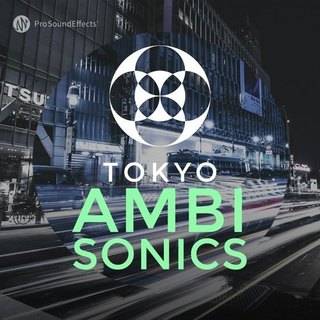 Pro Sound Effects has released Tokyo Ambisonics – a virtual microphone software-plugin combinesd with a sound library with 22 GB sounds. A free player version with a surround software and 1 GB sounds is also available.

„Included software lets users adjust perspective of the city ambiences in real-time for greater flexibility, realism, and creativity. Point “virtual microphones” in any direction with various polar patterns to match the specific setting of a scene!
The Ambisonics recordings can be decoded to mono, stereo, 5.1, 7.1 and beyond, allowing for versatile use of the library. Pre-rendered stereo versions are included as well.

Recorded in 24-bit/96kHz with a SoundField SPS200 mic by Masato Ushijima, Tokyo Ambisonics was captured at diverse locations throughout the city including the Yamanote Line railway, Shuto Expressway, Keihin Industrial Region, Daiba Bayside Park & more. The library contains sounds that are unique to Tokyo in addition to some more general-purpose urban ambiences.
This library is also ideal for use in VR audio and 360 video projects. Equip your personal library for the future of immersive media!“