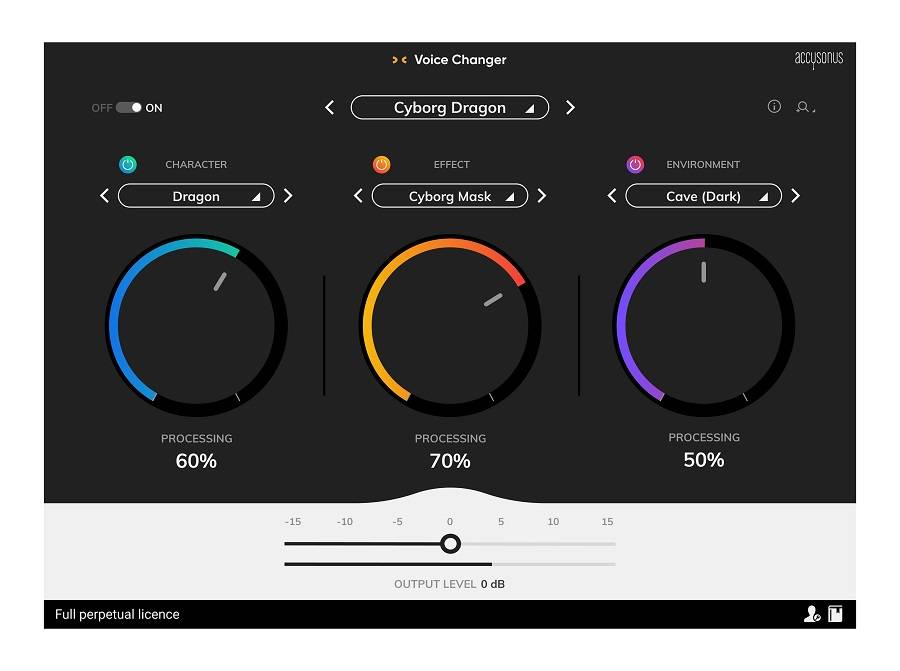 Accusonus released Voice Changer, a virtual sound designer, enabling creators to intuitively craft a unique voice for their content. Whether that’s the character they’re portraying, the device they’re speaking from, or the environment they’re in.

Transform regular voices into any character you can imagine. Advance your dialogue into new scenarios, with creative environments and effects. Quick, simple, but powerful. Surgically sculpting a voice track no longer requires years of med(ia) school.

Character
Your content portrays a ton of varying characters, who need varying voices. From epic movie trailer tones to subtle whispering, evil AI voices to baby robots. An alien, a dragon, a monster, a ghost, a giant… Quickly modify your voice, and create anime voice filters or scary voices. Use vocoder effects and morph your character into a robot, a girl, a man, a woman, a baby or anything you want. Start off by altering our presets, or dive straight in and create your own character’s sound.