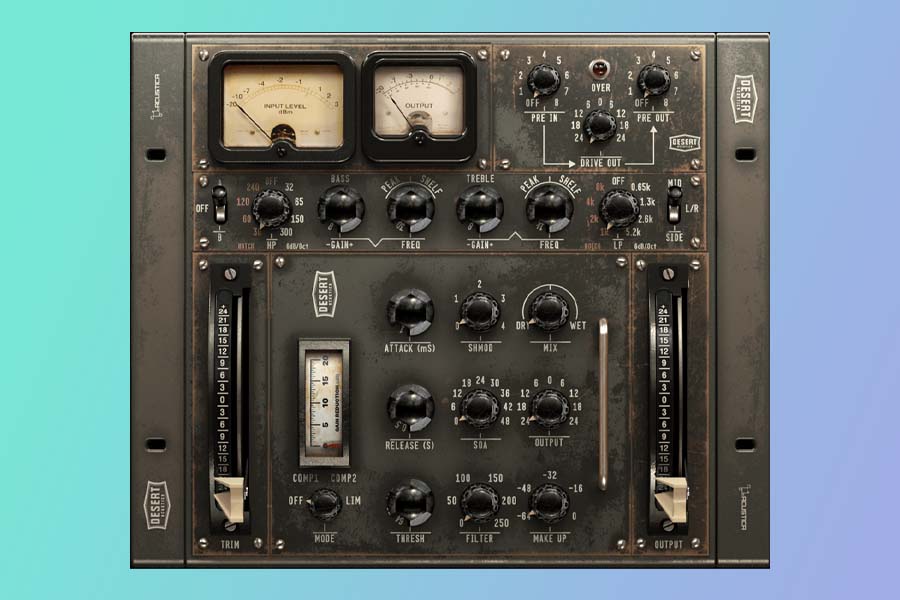 Acustica Audio released Desert, a suite consisting of four different plug-ins embodying a unique, recapped recording/mixing desk from the early 1960s, and other rare gear of the same brand that came from a recording studio located in Lagos, Nigeria, owned by a famous British record label.

Desert is the first in a new series of ‘Boutique Collection’ Acqua plugins that aims to reproduce the essence of unique gear, those elusive, extremely hard to find devices, of which very few units were ever built and/or whose traces have almost been lost in the mist of time.

The centerpiece of this project is the recreation of an iconic vintage console module assembled with the best elements that British technology offered at that time, sampled thanks to the invaluable contribution of ©Zarma Studio (www.zarmastudio.com) and music producer, composer and sound engineer Sodi Marciszewer, the owner of this priceless equipment.