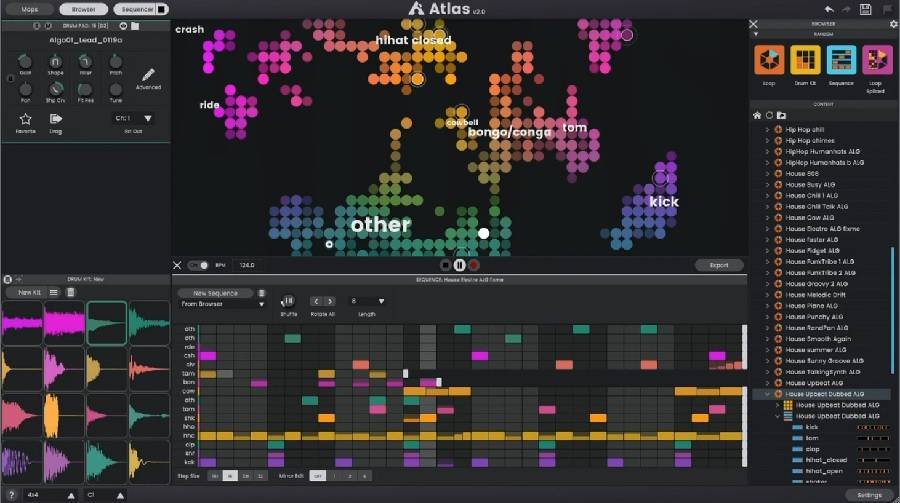 Algonaut released Atlas 2, the result of over 2 years bringing to life the most popular feature requests, workflow enhancements, and original ideas.

In particular the Drum Sequencer has been built from the start to be fast but flexible. The idea was to take the workflow-speed of traditional step-sequencers (like the much-loved FL-Studio one), but give it the extra flexibility of piano-roll editors when you need it. Get that idea down fast while it’s fresh. then tweak in all the little flourishes that make a beat really come alive.

The new Content Browser shines once you’ve got a few beats. Easily bring in patterns or sounds from other beats, remake and remix them, and build a library that sounds like you. Sometimes you want to just sit down and jump straight into trying song ideas and Atlas is now the fastest way to do that while maintaining your own style.

At the start of 2020 I set a personal goal to create a beat every single day in Atlas 2 while it was being developed. Many of the beta testers did the same. The result was hundreds of major and minor improvements along the way. Sometimes a button was too hard to click, or a feature was not accessible enough, or even some feature that seemed like a good idea on paper was just bloat in reality. It all got tweaked, finessed, or fixed.