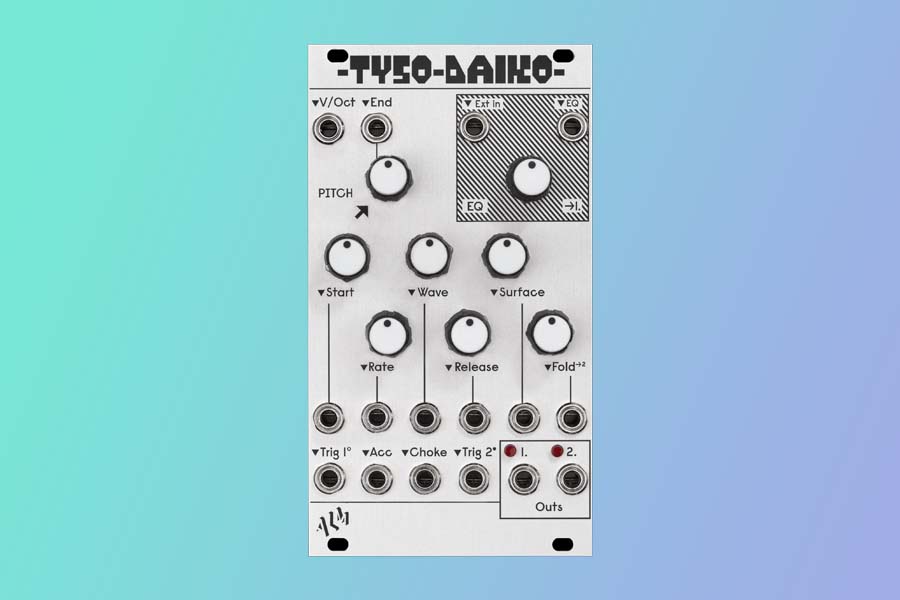 The twin voices are independently triggered and output, but share pitch, envelope and other parameters of a swept wavetable oscillator. One voice is output through a voltage controlled analog tilt EQ emphasising upper or lower frequencies. The other voice is output through a digital wavefolder which adds increasing timbre complexity reaching noise.

Both voices respond independently to an accent input and the first voice is able to be ‘choked’. A surface control allows for fine control of additional transients from punch to click to a slow attack.

Full voltage control including a V/Oct pitch input makes the Daiko a fun, expressive and wide ranging drum module with extremely wide pallet of sounds with lots of modulation possibilities.

The Daiko succeeds the original Dinky with the same spirit but much improved control, new features and new wavetables.