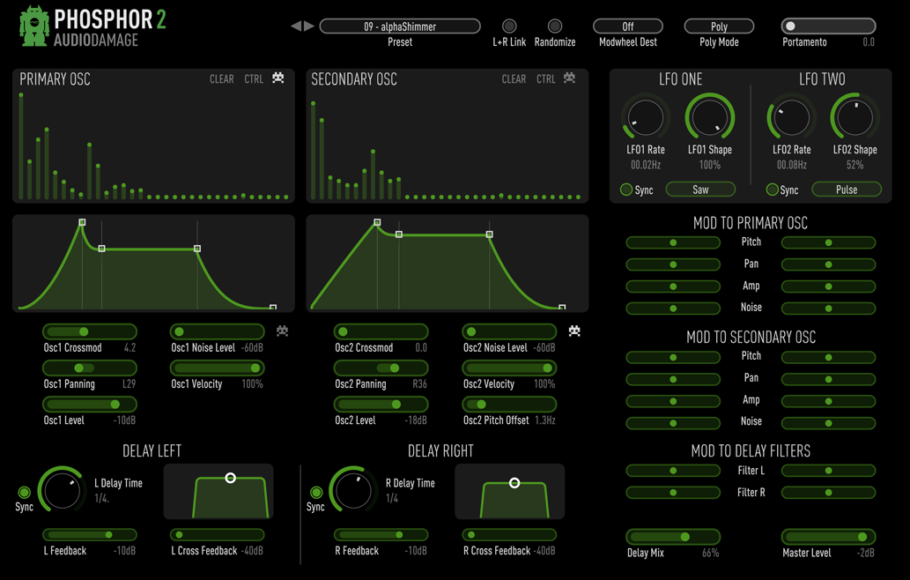 Audio Damage released Phosphor 2, a unique instrument plugin modeled on the alphaSyntauri, a vintage digital additive synth from the early 80s. The original alphaSyntauri required an Apple //e to operate, but we’ve gone ahead and eliminated the middle-man, and now you can have this classic digital synth in your DAW of choice.