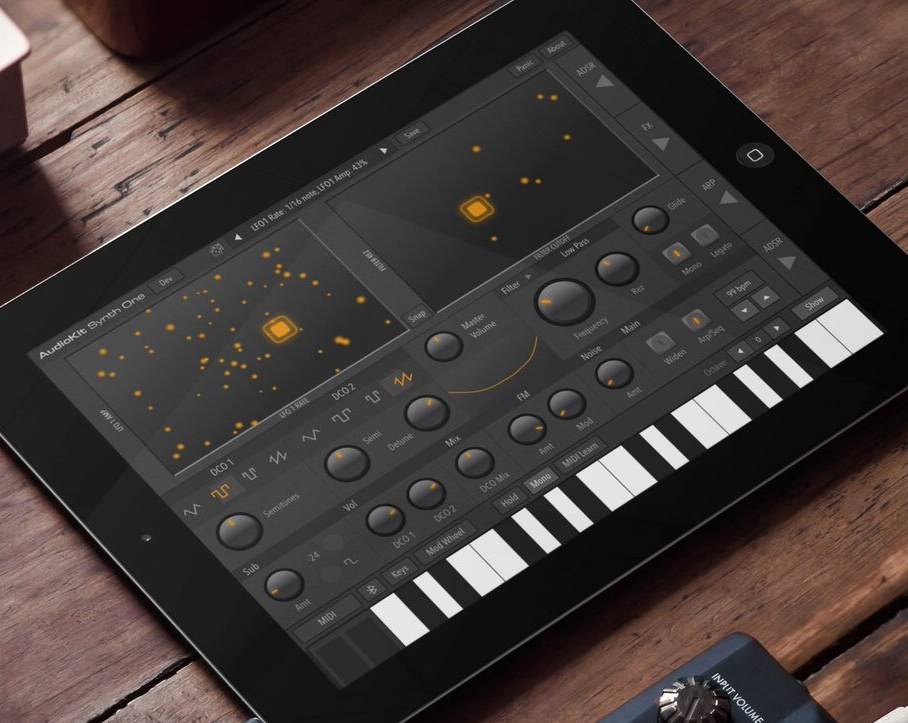 Created by volunteers, the app will include MIDI support (play it with a MIDI keyboard or controller), sequencer, vintage-inspired analog filters, expressive arpeggiators, warm analog delays, and, over 300+ presets to get you started!
Plus, it’s completely open-source. Use the code to learn how to build your own synth app or modify the app yourself. Anyone can contribute code & features!

AudioKit is the leading open-source audio framework powering millions of app installs. AudioKit allows developers to quickly add professional audio functionality to iOS, macOS, and Apple Watch apps.
AudioKit is the developer’s choice. It’s lovingly used by startups, indie developers, Apple Design Award Winners, and even Fortune-100 companies. Did we mention it’s completely FREE and OPEN-SOURCE?
On this site, we’re highlighting cool things that AudioKit Professionals build and features and getting started links for AudioKit. Once you’re convinced to join us, head on over to the developer documentation site at audiokit.io.