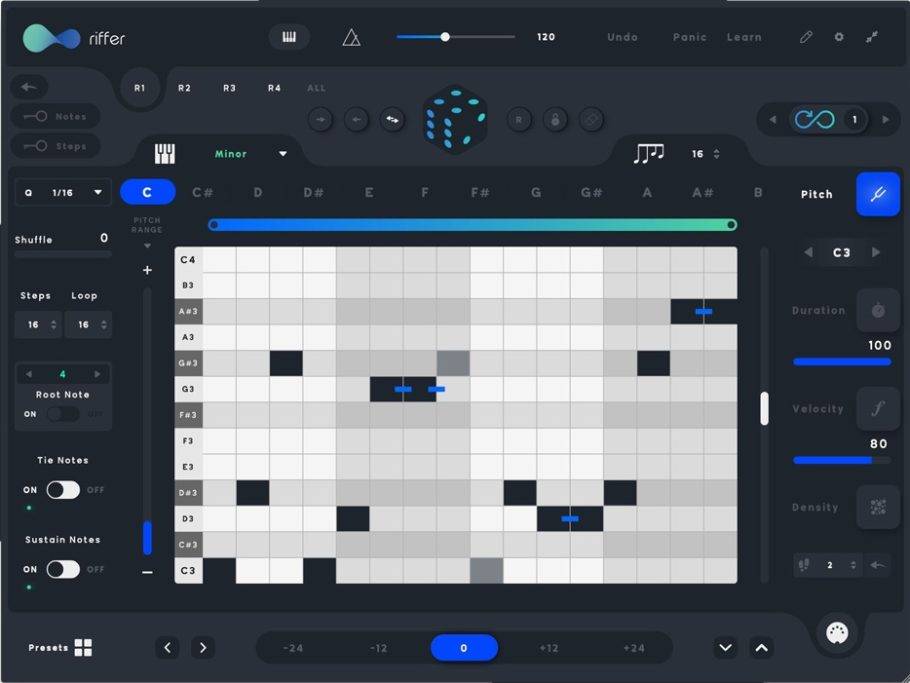 The Riffer 3.0 update is free for all existing users and available at the introductory offer price of €39.00 until the 24th of December (Reg. €49.00). Promo Video Complete OverviewRead more at audiomodern.com

Riffer is a smart MIDI tool that generates musical Riffs & Sequences by combining
Pitch, Duration, Velocity & Density. Built for your sounds, Software & Hardware. Turn them into something of your own or let it run endlessly using the inﬁnity mode.