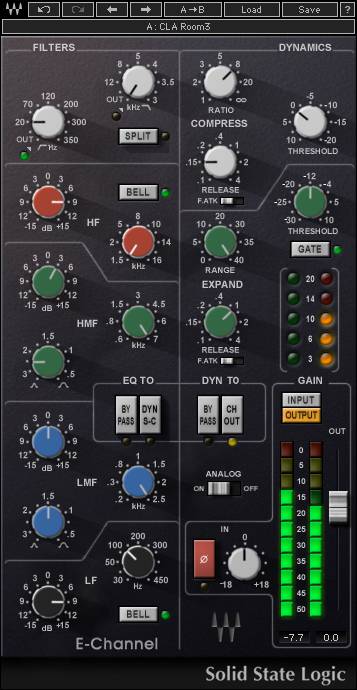 The SSL E-Channel delivers the incomparable sound of the Solid State Logic 4000-series console’s all-discrete design and its Class A, VCA chip. It’s a slice of the world’s greatest hitmaking machine, in your computer.

The equalization section of the SSL E-Channel is based on the renowned Black Knob equalizer, developed in 1983 with legendary producer George Martin. It features a High Pass Filter, Low Pass Filter, and a four-band parametric equalizer.

The dynamics section features a soft-knee compressor/limiter and an expander/gate modeled on the SSL LS611E. Like the original, it can be placed before or after the equalization section, and makeup gain is automatically applied to maintain a steady output level.