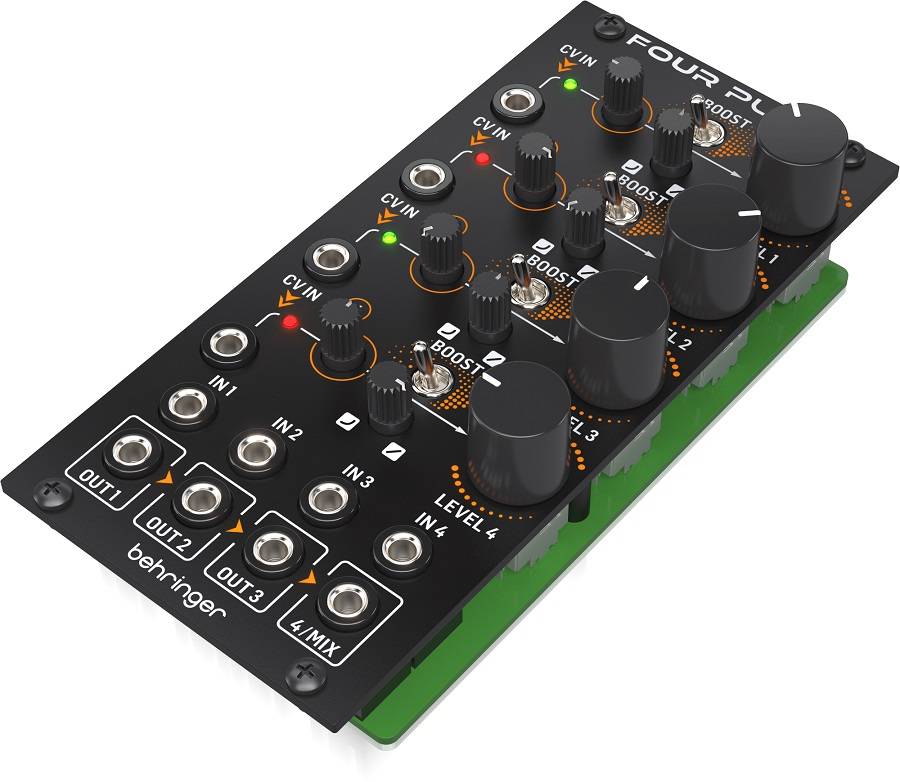 Behringer released FOUR PLAY, a high performance quad VCA and mixer module that can fit in a standard Eurorack case. The best part? It’s at a very affordable price. Mix the FOUR PLAY in with your existing rig or start your modular synth journey from here. Either way you’re sure to have a lot of fun.

The FOUR PLAY is a feature rich quad VCA module with CV input attenuators, each with a bi-color LED to indicate CV input activity and polarity. Input boost switches add extra gain for lower level input signals. The curve controls allow you to setup the ideal CV response curve from fully exponential to linear, or any combination of the two. The level controls set the VCA gain and allow manual control of the signal output level, both when used as independent VCA’s or when used as a mixer. The VCA’s are DC coupled so can process both audio signals and CV signals.