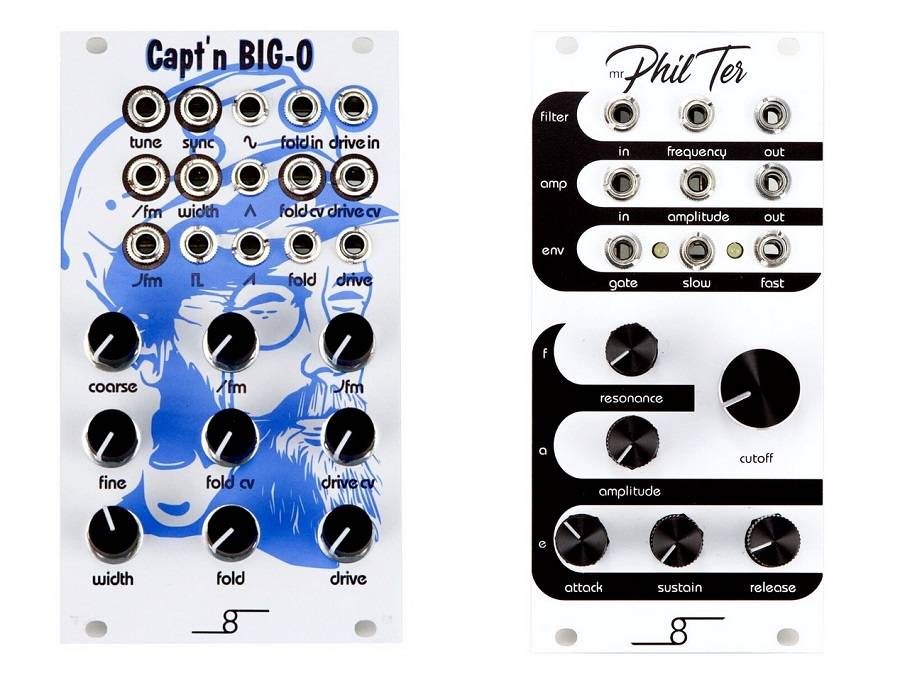 Imagine for a moment, a world where an original 100% analog Pittsburgh Modular designed oscillator existed with a a funny looking sea captain was on its panel. Also imagine that this module had a wave folder, drive circuit VCA, linear + exponential FM, hard sync, and probably some other stuff too. Ok we’re getting tired of trying to get you to imagine such a world. Just check out Capt’n Big-O instead!

Mr. Phil Ter or “Phil” as we affectionately call him, is 12hp of VCA / envelopy / filtery fun. Basically, toss any oscillator in front of Mr. Phil Ter and have at it. Patch Phil every which way into himself and or others, it’s a sound sculpting party, and you’re invited.