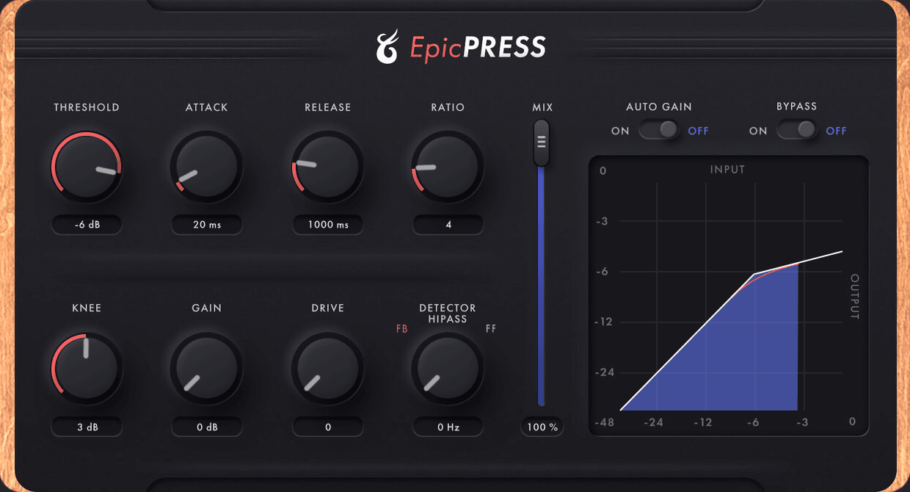 EpicPRESS is designed to be as flexible as possible, giving you full control over your dynamics. This plug-in features stereo-linked compressors to give a smooth and even compression across both channels, as well as automatic make-up gain. The one of a kind real-time display shows the threshold, knee, and output peak level in one.

This compressor will feel at home on any track and any workflow. Add it to your toolbox and find out for yourself!
Price
Regular: $35.00

Cut Through Recordings released EpicPRESS was last modified: May 18th, 2021 by Noizefield