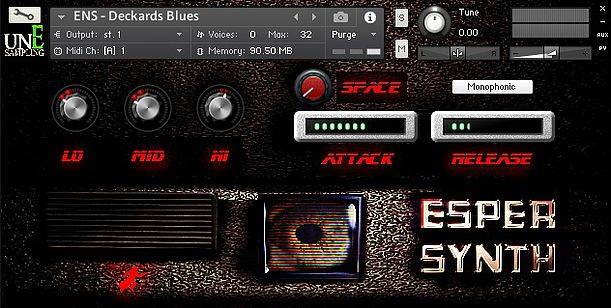 Esper Synth sets out to accurately recreate some of the most iconic sounds heard from Vangelis’ iconic score for Blade Runner.

Its the ultimate library of Bladerunner infused leads, pads and perc for Kontakt. 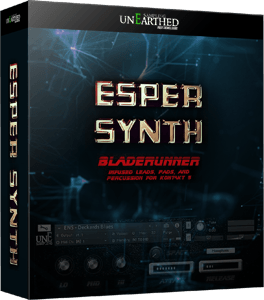 The Sci-Fi Synth From a Dystopian Future

Bladerunner – a film which any self respecting film buff will tell you is a masterpiece due to many factors including the mesmorizing synth score by Vangelis.

As composers, we’ve all sought the perfect re-creation of the lead sound which defined the score. Now look no further…the sounds which permeate the score have been unEarthed!

Esper Synth sets out to accurately recreate some of the most iconic sounds from the score including the brassy leads and pads found thoughout.