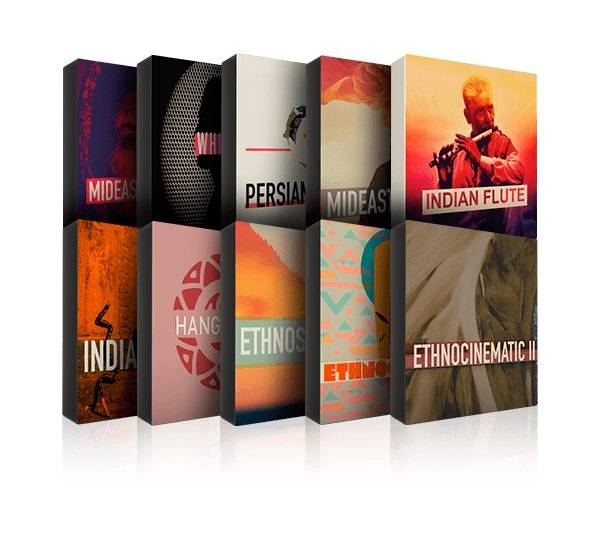 Ethnogroove, Ethnocinematic and Ethnoscapes libraries are shaped for film and game composing, giving access to playable unique sound colours and ambiences from around the world. The bundle contains further hard to find Hang Drum, Indian Flute and Whistle solo instruments with articulations.

This massive bundle is all recorded on site and further edited to best use as solo instruments, patterns, phrases and performances. All libraries are available for Kontakt and WAV formats.
Originally $359, this massive collection is now available for just $79.99 for a limited time only – you save $279! This is an amazing no-brainer offer you should not miss!