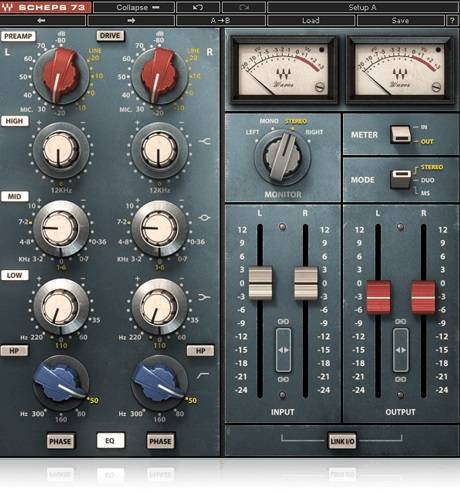 Empowered by Waves cutting-edge technologies, the Scheps 73 EQ features interrelated bands that adhere to the 1073’s original specs and precisely emulate its behavior: a fixed 12kHz high-frequency band, switchable low and midrange bands with cut and boost controls, and an 18dB/octave high-pass filter. Additionally, for the first time ever, a little-known 10kHz midrange band discovered in the original 1073 schematics but operable only on the rare 1078 channel strip has been modeled and incorporated into the plugin. And to top it all off, the Waves MS matrix has been added to let you apply different equalization to mid and side stereo content.