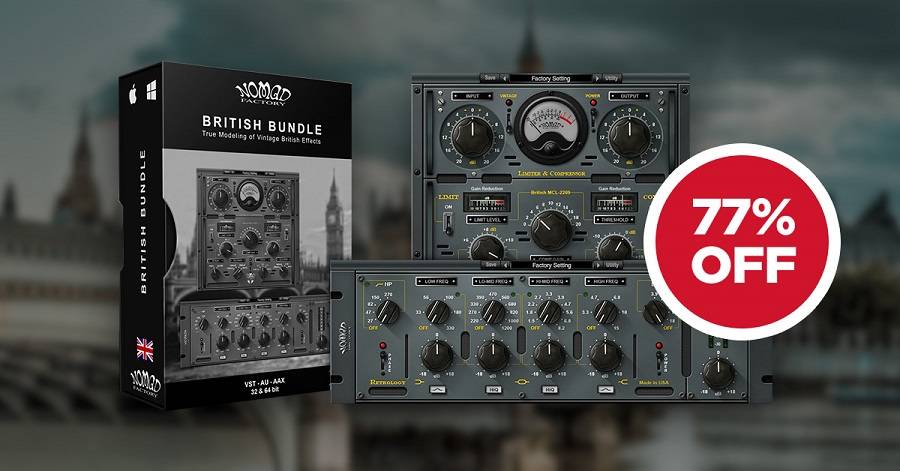 Nomad Factory digitally recreated the Equalizer and Master Bus Compressor/Limiter which were part of a well known ‘British’ mixing console.

Two Vintage Equalizer & Compressor / Limiter Modules In One Bundle!
Mr. Rupert Neve, whose name is synonymous with the highest quality audio recording equipment, recently died at the age of 94. With a staggering career-spanning 80 years, Rupert and Neve™ have created amazing mixing consoles and audio tools that have revolutionized the way we all make and produce music.
One of Bernie’s proudest achievements is the British Bundle – a set of plugins inspired by the famous Equalizer and Master Bus Compressor/Limiter found in Neve‘s consoles:

These plugins have been used by countless producers who are looking for plugins that approach the magic and color found in Neve‘s analog gear.
Note: These plugins are not yet compatible with macOS 10.15 (Catalina) or above. Native Apple Silicon/M1 chips are not supported at this time.

Kick here to get this awesome DEAL
Deal: British Bundle by Nomad Factory 77% off was last modified: March 24th, 2021 by Noizefield