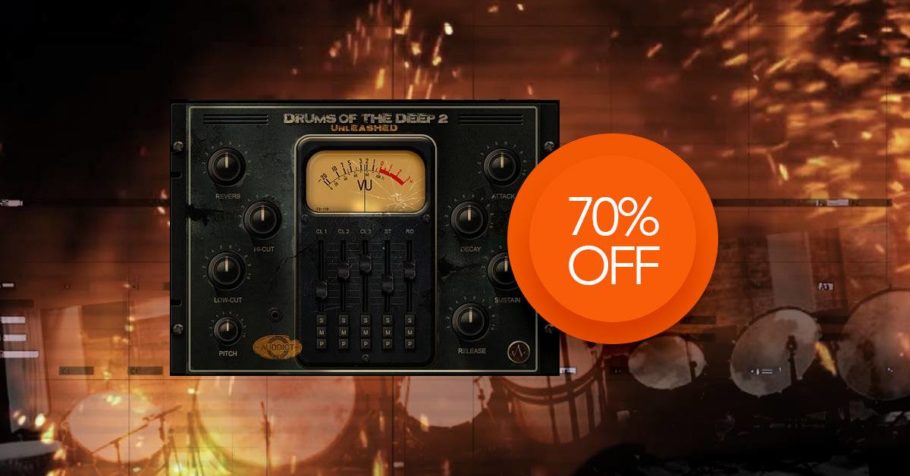 After the success of “Drums of the Deep I”, which made its way swiftly into major scores, such as video game shooter of the year, “Titanfall” by Stephen Barton, who described it as a “staple in his template”, Auddict could not possibly stop there – so they’ve taken it all to a new level, and now present “DRUMS OF THE DEEP 2”

27GB of Epic Percussion Containing 20,000+ Samples!
In “Drums of the Deep II”, Auddict recorded as many as EIGHT drummers playing at once, for a sound that can only be described as cataclysmic…
This library featues over 50 percussion instruments including:

Kick here to get this awesome DEAL
Deal: Drums of the Deep 2 by Auddict 70% off was last modified: February 16th, 2018 by Noizefield