Deal: Stormdrum 2 by EastWest 60% off 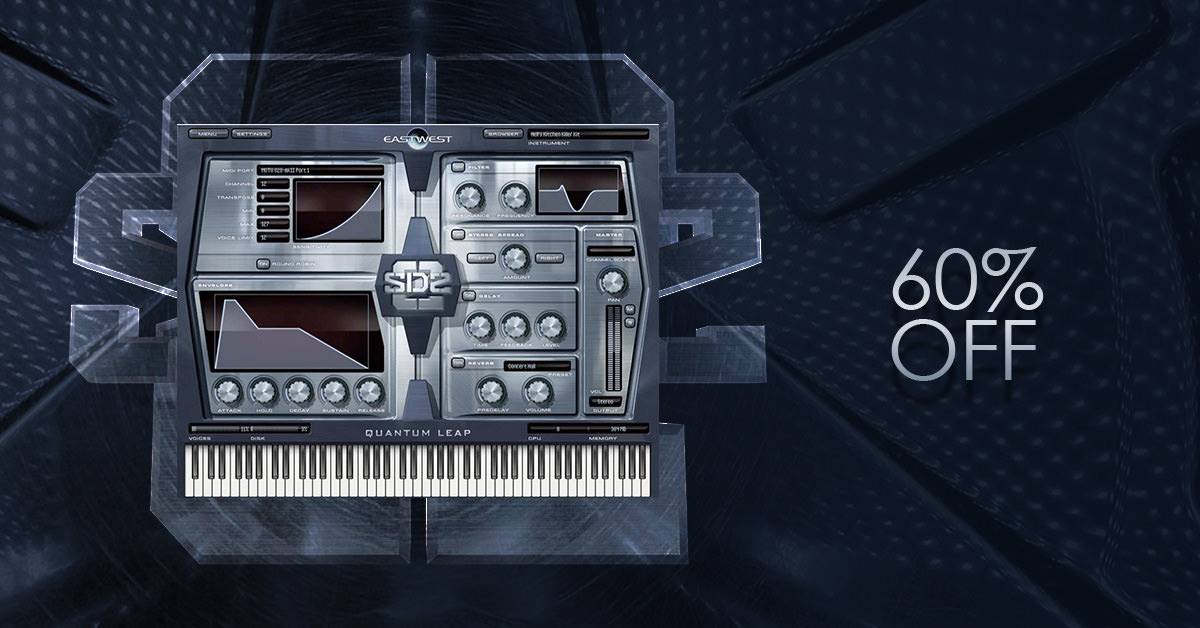 QUANTUM LEAP “STORMDRUM 2” is the sequel to QUANTUM LEAP STORMDRUM (one of the best selling acoustic percussion based virtual instruments ever released).

Featuring some of the most amazing, and unique multi-sampled percussion imaginable, SD2 has an unmistakable Hollywood sound-stage vibe and a sound far beyond any other commercial percussion collection!

The Next Generation of Cinematic Percussion!

Produced by Nick Pheonix and featuring over 12 Gigabytes of ALL NEW (except the included Metallica black drum kit from Ministry Of Rock) acoustic percussion instruments, this unique selection of drums and percussion exceeds all other collections. As a sequel to STORMDRUM it sets new standards that will exceed the expectations of everyone who owns a QUANTUM LEAP product.

StormDrum 2 includes over 100 instruments in the following categories:

Also included are 100+ film score oriented MIDI PERFORMANCES, each with dozens of variations, intros and endings from bombastic to hypnotic!

The libraries all run in the Play 5 engine which comes free and works in VST, AU, AAX & RTAS format.

Perfect for Film. TV & Video Game Underscore, Hybrid Orchestral and Epic Trailer music, this is a must have compositional tool for serious composers!