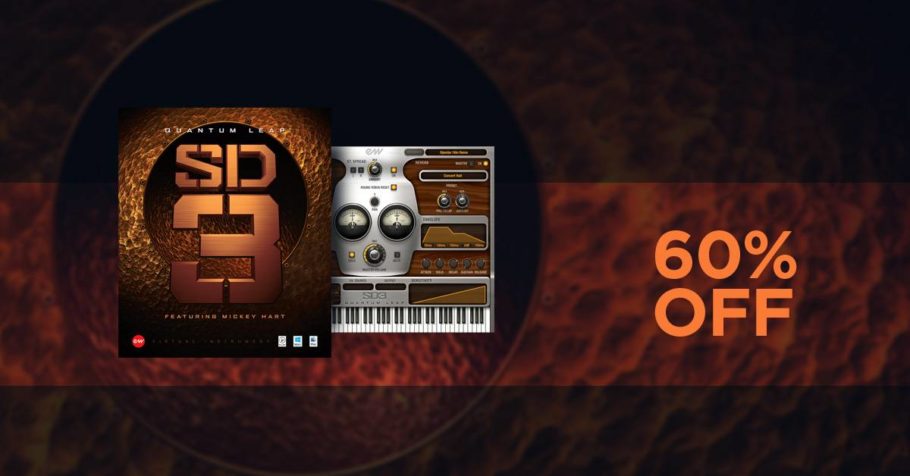 Stormdrum 3 takes “big ethnic drums” to another level. Featuring 87GB of content, this is one of the biggest collections of ethnic drums and percussion, both tuned and unpitched, from around the world.

From small woodblocks to a huge, 10-feet-wide rectangular Remo frame drum and a Japanese taiko weighing as much as a grand piano, Stormdrum 3 should be in every serious composer’s toolkit!

87GB of Ethnic Drums & Percussion from Small to HUGE

StormDrum 3 contains a wide range of percussion instruments in the following categories:

The full list of instruments included can be found in the manual HERE.

Kick here to get this awesome DEAL
Deal: Stormdrum 3 by EastWest 60% off was last modified: August 14th, 2018 by Noizefield