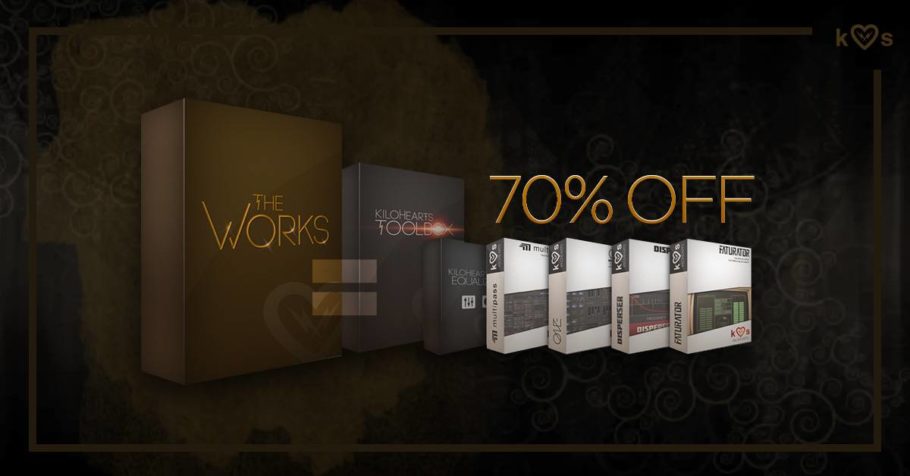 “The Works” by Kilohearts is a collection of next generation audio plugins that focus on workflow. Kilohearts believe modern music making requires modern tools that are not constrained to replicating obsolete hardware.

“The Works” contains every piece of software Kilohearts has ever released. That means you get, not only the awesome value of the Kilohearts Toolbox with it’s myriad of effects, but also Kilohearts’ acclaimed effects Disperser and Faturator! Both of them also work as snapins in Kilohearts’ Snapin host plugins. Speaking of which: The most versatile band-splitter on the planet, Multipass is included to get you the most out of your Toolbox effects.

In short, you’re getting an incredible collection of highly versatile effects processors that cover a multitude of categories including the following:

… and much more, including a synthesiser! Read on to find out exactly what is included in this amazing bundle!

Kick here to get this awesome DEAL
Deal: The Works by Kilohearts 70% off was last modified: August 16th, 2018 by Noizefield