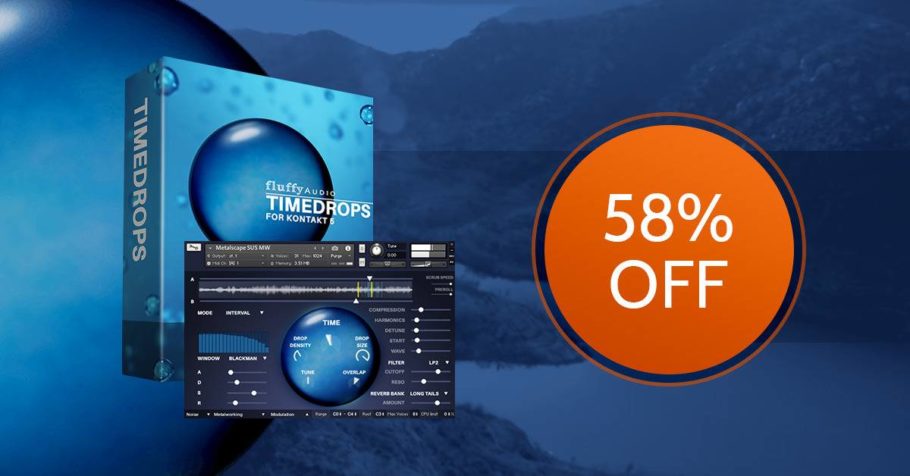 “Timedrops” is a granular manipulation tool for Kontakt 5, which enables users to import their own samples and features an extensive amount of sound sources and presets.

Take Any Sound & Transform It Into Something Incredible!

The idea of “Timedrops” is to take something beautiful and transform it into something else with the proper tools, whilst keeping the maximum sound quality possible.

For this reason, despite its apparent simplicity, “Timedrops” implements many under the hood adjustments like:

Granular synthesis is awesome when you can’t actually distinguish between the single grains… making the whole result appear like a newly designed sound!

Kick here to get this awesome DEAL
Deal: Timedrops by Fluffy Audio 58% off was last modified: June 21st, 2018 by Noizefield