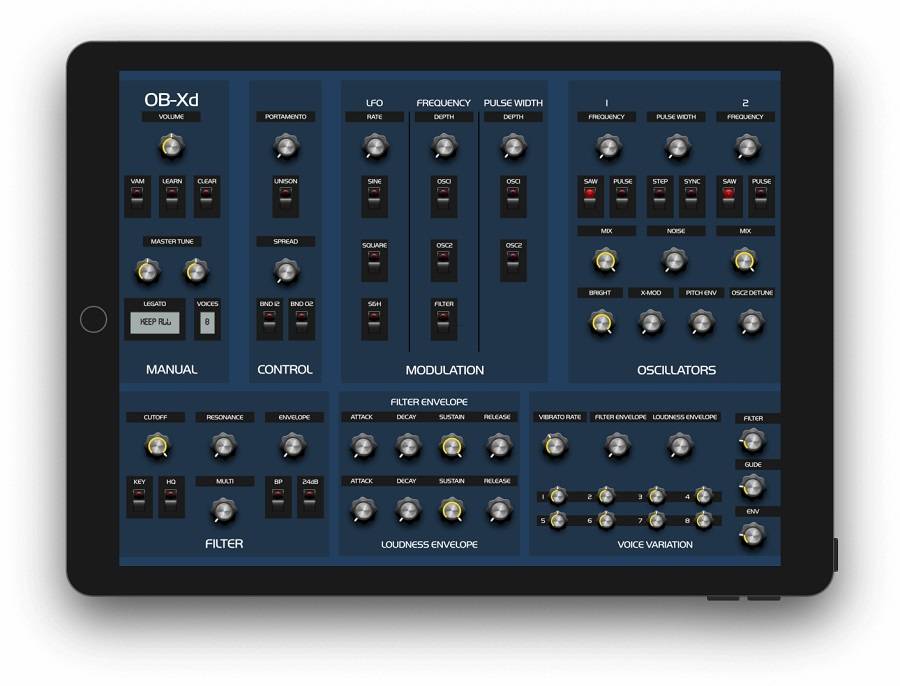 While not copying originals, some of the features were taken to a better point. Continuous blendable multimode filter (HP-Notch(BP)-HP in 12 dB mode and 4-1 pole in 24 dB mode). 32 and 64 bit versions included.

Thanks to 2Dat for the original OB-Xd and Soshi Studio for giving the rights to continue this wonderful product.
Also thanks to all KVR members for making the amazing skins!

OB-Xd is based on the Oberheim OB-X. It attempts to recreate its sound and behavior, but as the original was very limited in some important ways a number of things were added or altered to the original design.

The OB-Xd was designed to sound as good and as rich as the original. It implements micro random detuning which is a big part of that sound. However, it was not designed as a self-contained completely independent soft-synth. It needs to be contained within a VST framework where things like transposition, automation, layering, arpeggiation, etc., are available.

Also, like many synths of the OB-X’s generation, the OB-Xd has no internal effects so its sounds and textures can be greatly enhanced by the use of additional processing like chorus, reverb, delay, etc.