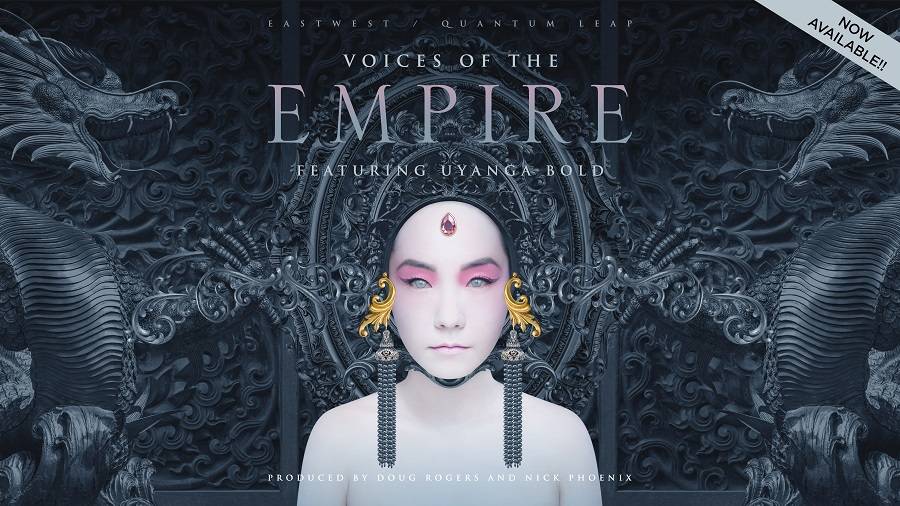 EastWest/Quantum Leap released VOICES OF THE EMPIRE, a perfect library for epic film/TV/game soundtracks to their virtual instrument catalog, featuring the raw, primal vocals of Uyanga Bold. Produced by Doug Rogers and Nick Phoenix, VOICES OF THE EMPIRE is the perfect companion product to the highly-anticipated blockbuster HOLLYWOOD CHOIRS.

Uyanga Bold is a unique talent, melding the ethnic musical traditions of Bulgaria, Serbia, Mongolia, and beyond. She is a trained opera singer with perfect pitch, fluent in Russian, Mongolian, French, English, and German. In VOICES OF THE EMPIRE, East meets West like you’ve never heard before. Uyanga’s voice is beautiful, pure, otherworldly, haunting, unsettling, powerful, genuine in its ethnic flair and world class in its precision.

VOICES OF THE EMPIRE is a must-have virtual instrument for composers and musicians looking for that haunting cinematic vocal sound for their next project.

Price & Availability:
VOICES OF THE EMPIRE (http://www.soundsonline.com/voices-of-the-empire) can be purchased at an introductory price of $199 from April 18-24, and $299 after April 24, or as a free addition for all members of ComposerCloud (soundsonline.com/composercloud, starting at $24.99 per month)

Deal: FireChild by Tone Empire 80% OFF