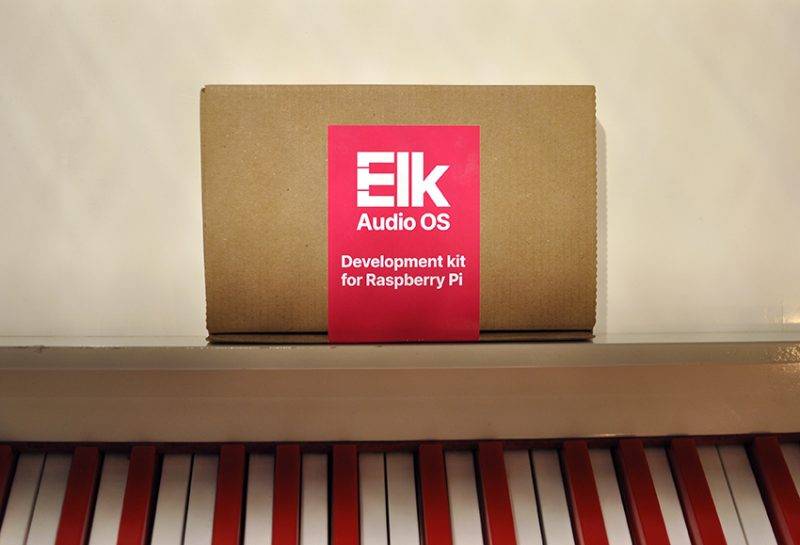 Elk Audio OS is the award-winning Audio Operating System from Elk (​formerly known as MIND Music Labs) ​that allows you to run existing VST and other plugin formats on hardware instruments and audio devices in real time with ultra low latency. And this using only ​general purpose ARM and x86 CPUs, opening up for a new generation of digital instruments and remote 5G network experiences.

In the upcoming weeks a beta version of the Elk Audio Operating System will be made available under a Dual licensing model (open-source & commercial), but already today, the Elk Audio OS SDK & documentation is available and is free for anyone to start using. Available on ​elk.audio is also an ​Elk Audio OS Development Kit for Raspberry Pi​ that includes a custom​ Elk Pi Audio Hat. The Elk Pi Hat alone is one of the most advanced pro Audio Hats in the markets with down to 1 ms latency, multichannel and support for Raspberry 4 coming up in the very near future.

“The idea behind the Elk Audio OS is to make a whole new generation of connected musical instruments possible. Instruments that can connect people around the world and spur new kinds of musical creativity. We believe there are so many potential instrument makers out there who could create fantastic things if they just had the right tools, and it is for them we have created Elk. So today I’m very happy to announce that we have reached a major milestone in our company, when we can make Elk available to everyone through the open source release.”
– Michele Beninicaso CEO at Elk (former MIND Music Labs)

Elk Audio OS is officially endorsed by ​Steinberg​, owners of the ​VST format, is supported in the VST3 SDK and is fully compatible with plugins written in ​JUCE​, making Elk the perfect solution for companies and makers alike interested in developing new digital hardware instruments. With VST being the defacto standard for software instruments and effects there is already a vast library of existing world class plugins out there waiting for a new life as hardware. An example of this is the Retrologue desktop prototype synth built on the VST synth with the same name debuted earlier this year at ​SuperBooth​ in Berlin.

“When working with Elk Audio OS on the Retrologue we immediately recognized something that could be a game changer. Running the same VST plugin on hardware as you do on desktop opens up for new possibilities and new ways of working. Getting Elk Audio OS available under open source is really exciting and I believe that this could make Elk a standard for digital hardware instruments.”
– ​Florian Haack, Steinberg

ADC
If you are one of the lucky ones to have grabbed a spot at the ​Elk workshop at this years ​ADC (Audio Developer Conference) this news should be even more exciting. Not only will you get a hands on workshop from the core team of developers behind the Elk Audio OS, but you are also the first ones out to get access to the full ​Elk Audio OS Development Kit​, including the ​Elk Pi Audio Hat​. For those of you who have not secured a spot, make sure not to miss the planned ​talk on Elk Audio OS​!

Elk is a Stockholm based company (​formerly known as MIND Music Labs) that ​develops technologies enabling a new generation of connected musical instruments ​and audio ​devices​. ​Elk​’s ​ambition is to create new ways to bridge the gap between musicians and technology, changing how to learn, create, record and share music.

Elk Audio OS is Elk’s patent pending core technology. Elk is a Linux based Audio Operating System developed to deliver ​ultra low latency audio performances in embedded systems and over 5G networks. ​Elk allows you to leverage the power of software technology in a new generation of smart musical instruments and 5G network services that will connect musicians around the world.

Elk Audio OS for everyone was last modified: November 12th, 2019 by Carl