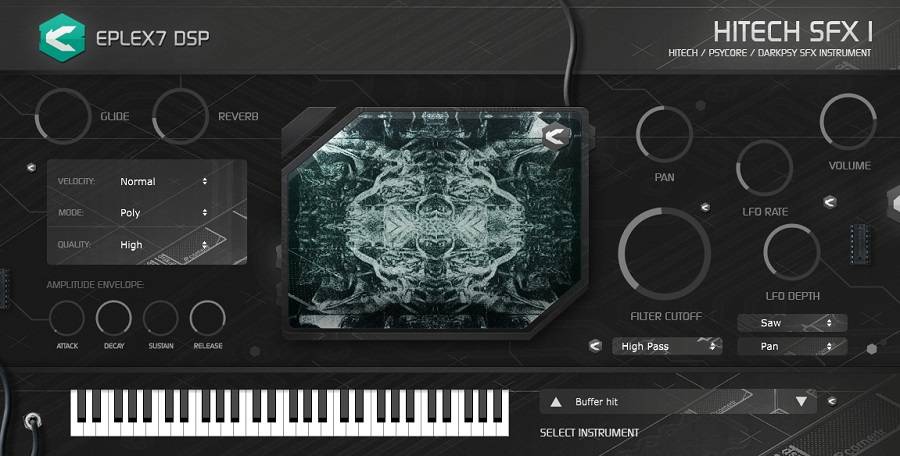 All sounds can be modified by internal parameters like LFO rate/depth (Triangle, Sinus, Saw, Square, Exponent) with Pitch, Expression and Pan modulation. Low pass / High pass filter with cutoff, Reverb/Space, Amplitude envelope, Pan. You can play in various modes: polyphonic, Monophonic or Legato with Glide function. You can use external VST plug-in effects from Eplex7 or other manufacturer to significantly modify all included instruments and create brand new sounds fast and easy.