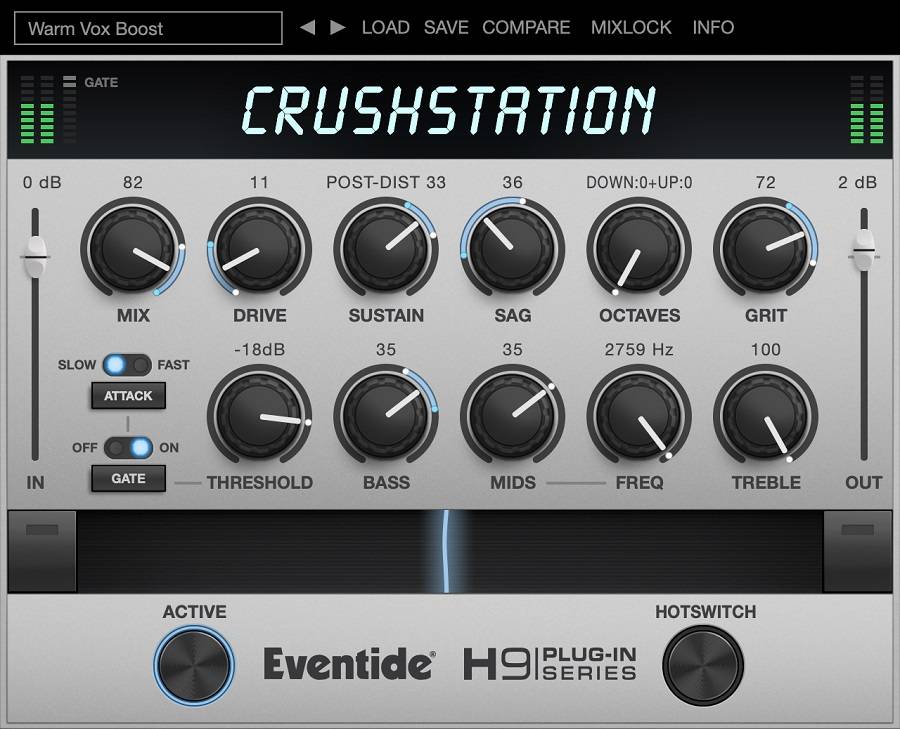 Eventide released CrushStation, a versatile, best-in-class, stereo distortion platform for your Mac, PC or iPad/iPhone. Its controls can drive your tone from creamy saturation to a brutal sonic assault.

But distortion is just the starting point. CrushStation brings multi-effects to the mix by adding a three-band EQ, Compression, Octave Mix and, Eventide’s unique take on failing hardware, the Sag control. Use the MIX Control to blend your dry signal with CrushStation to create parallel compression, distortion, and other creative effects.

CrushStation’s combination of ingredients creates a plugin that excels at the three broad ways distortion effects can be deployed. FX expert and author, Alex Case, refers to them as the “3Fs”: FIT, FIX and FEATURE.

“FIX” a weak snare track by adding just a bit of Grit & Compression.
“FIT” finesse the lead into your mix by adding a bit of warmth and bottom.
“FEATURE” the lead by crushing it ‘til it hurts.