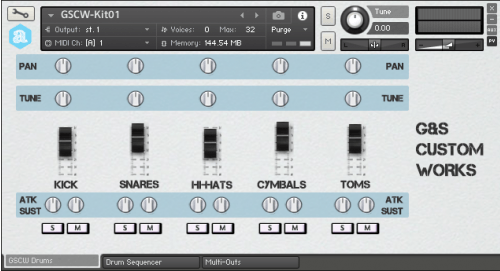 The new version of G&S Custom Work has an onboard Drum Sequencer with 32 selectable patterns. The instrument will normally load as a stereo instrument, but can be switched to Multi-Output, with user assignable outs.