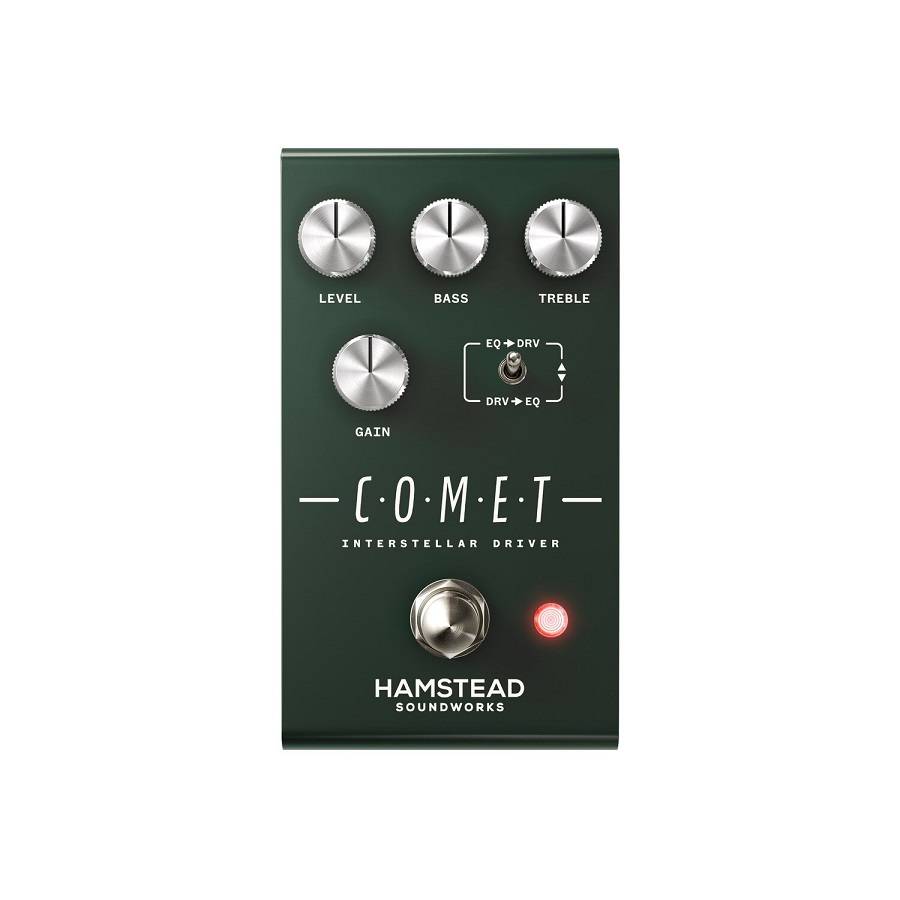 Hamstead released Comet, a meticulously voiced overdrive pedal that opens up a whole world of tones from a simple control set.

Representing our pursuit to take analogue drive circuitry to new heights, it can be moulded from boutique sounding overdrive with a vocal midrange, right through to a rich and creamy fuzz. Both transparent and character drive tones are accessed via a deceptively simple, but incredibly powerful switch. Furthermore, your tone can be shaped via an intuitive two-band EQ, for additional tone sculpting.

The EQ/Drive switch sits right at the heart of Comet, providing two distinct tonal paths. While on the surface it may appear to be just a simple physical switch, it’s much more than that. By selecting DRV>EQ or EQ>DRV, you not only change the order of the Drive and EQ circuits, but also the type of clipping and gain structure circuitry. The design uses complex analogue engineering on the inside, to be simple and instinctive to use on the outside.

DRV>EQ mode gives you a very dynamic and transparent clipping circuit and places the EQ after the Drive Circuit, for studio style EQ sculpting.

EQ>DRV mode moves the EQ in front of a more raw, yet organic clipping style that boosts the input gain into the drive circuit. Doing this provides a wide range of character drive tones that can be pushed all the way to into super-saturated fuzz tones.