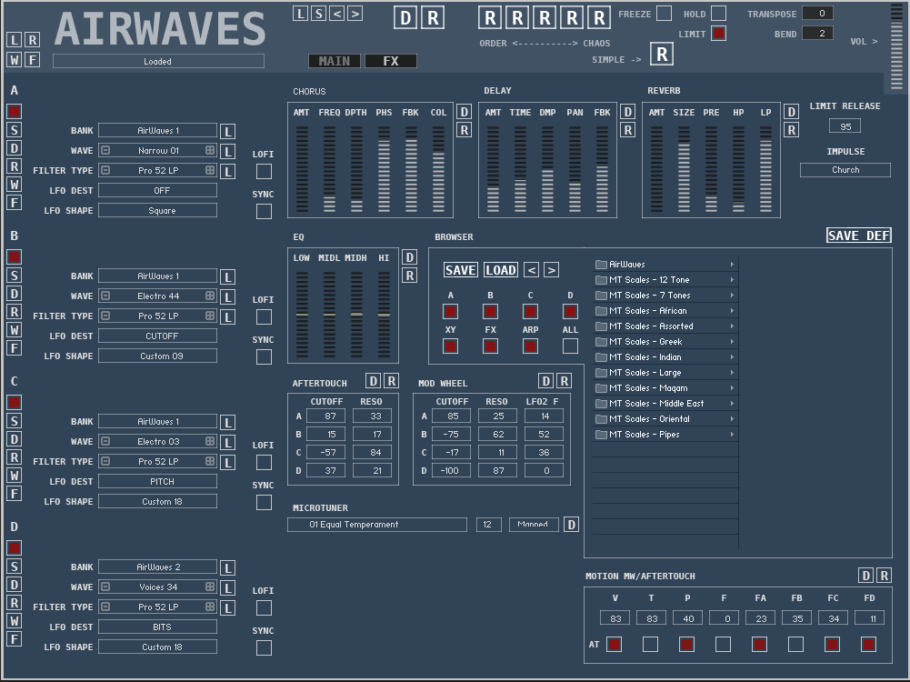 Shortwave Radio is an Alien World that has fascinated me since childhood and I’ve been wanting to explore making an instrument such as this for a long time. The Motion Sequencers ensure that you will always get something new using the many Randomizers, and presets can have an organically complex lifespan. Each Sequencer can be recorded manually by pressing Record, playing a note and moving the corresponding XY controller. Once the sequence is recorded it will be played back immediately. Alternatively there is a large database of prerecorded Sequences included which are used by the Randomizers.

The intention for the Scripted Instrument was to take some of the ideas used in Motion, adding 4 more Motion Sequencers and attempt to create a Synth that is visually less complex. As a result all of the sound generation is available on a single Panel, and there is only one other Panel which is dedicated to the FX and Preset Browser. The only XY controllers which cannot be recorded are those assigned to the Envelope Attack/Release which is a bit pointless as they cannot be manipulated in real-time by Kontakt.