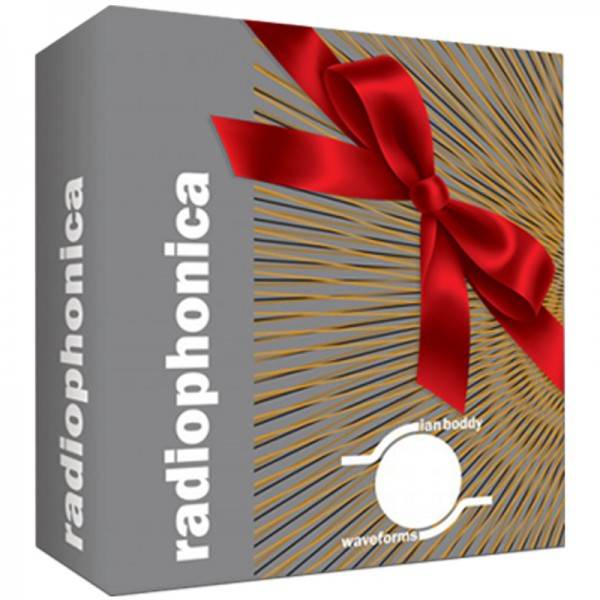 Time+Space are are wishing Merry Christmas and giving Radiophonica by Ian Boddy for free.

“Merry Christmas! Download Ian Boddy Radiophonica for free (worth £24.95)!
400+ wav samples and Kontakt patches packed with analogue and retro sci-fi character! Recorded with a rare selection of analogue hardware synths, Radiophonica can be downloaded for free until 26 Dec!”

Radiophonica is the first title in Ian Boddy´s Waveforms series of sample libraries. All the sounds were produced and recorded directly from analogue hardware synthesisers. No digital processing other than a touch of EQ or compression where appropriate was used. Any effects you hear such as flanging, phasing, reverb or echo are from the various analogue components of the modular systems used. The intention was to provide a library of sounds that are synonymous with the name of the Radiophonic Workshop from their early work on such seminal programs as Doctor Who. As such the sounds are intended to have that analogue, organic, retro sci-fi character that many find so appealing about those early synthesiser soundtracks.