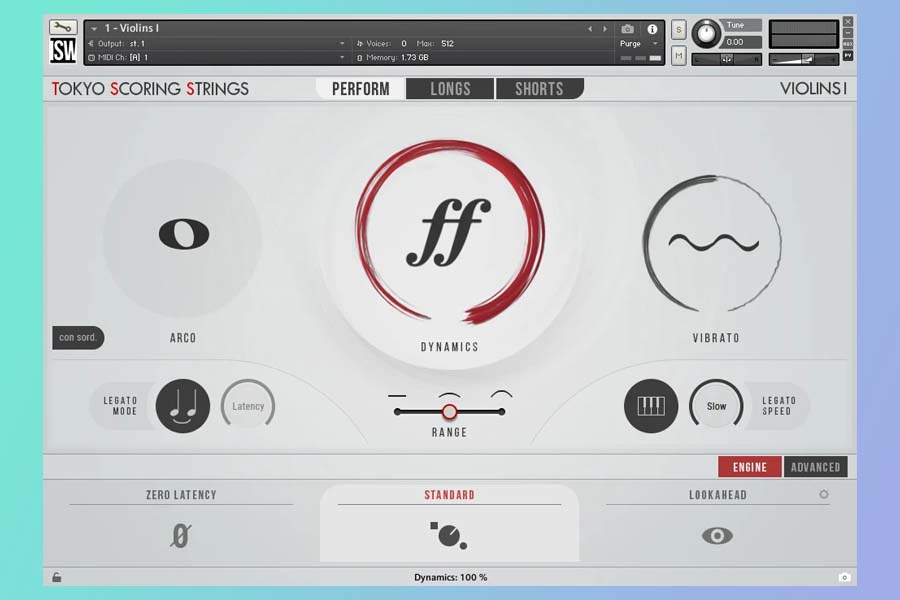 The sound of Japanese strings is both captivating and highly unique. What makes it so distinctive? Smaller ensembles recorded in focused studio spaces lend themselves to more agile playing, and a focus on perfection leads to incredible accuracy. These strengths make Japanese ensembles equally capable of delicate nuance and sweeping emotional performances that move listeners to tears. For many of us who have admired Japanese soundtracks for years, this sound has long been a source of inspiration, but it’s been out of reach for most composers outside of Japan — until now.

Our goal with Tokyo Scoring Strings is to give you the orchestral string sound featured in so many world-famous Japanese productions. This project has been a dream come true for all of us at Impact Soundworks, and we’re thrilled to have worked with some of our musical heroes to bring it to life. But we weren’t satisfied with just capturing this remarkable sound; we also sought to deliver an outstanding, inspiring UI, flexible editing, beautiful legato, and recording depth to rival any other industry-standard string libraries.