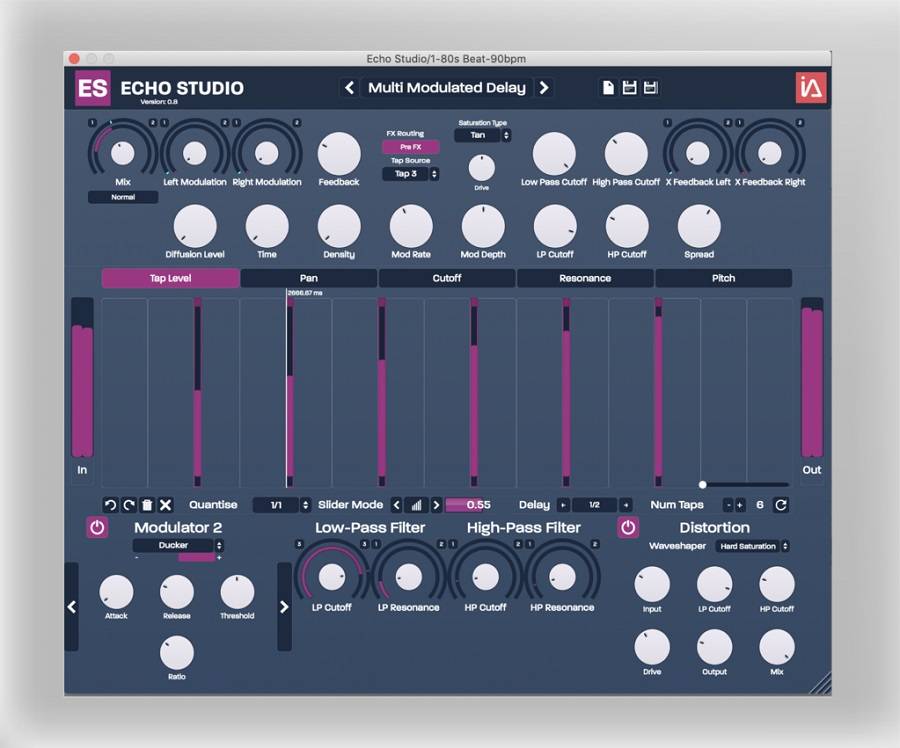 Intuitive Audio released Echo Studio, an extremely powerful and versatile multi tap delay plugin, which allows you to use up to 32 taps to create truly unique sounding delays. Each tap has its own FX processing chain which allows you to set the Delay Time, Gain, Panning, Low Pass Cutoff, High Pass Cutoff, Resonance and Pitch, all of which can be controlled with ease from the Delay Tap Grid.

Echo Studio also comes with an extensive Global Effect Engine, including Feedback FX processing, a Distortion Engine, Diffusion and Global Filtering. The flexible Modulation functionality allows you to assign up to two different Modulation Sources to modulate anything from the Delay Time, Global Filter parameters or Feedback Panning, providing you with even more tools to help sculpt your delays.

With such a broad and unique combination of functionality, Echo Studio is a must have in any Producer’s Studio.