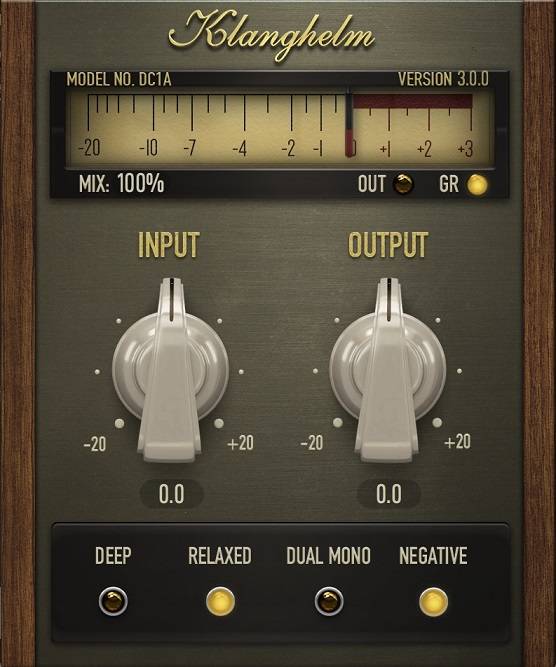 DC1A is the little brother of the compression monster DC8C. I’ve taken a few of my favorite settings from DC8C and tried to make it work in a two control context. Sound wise it’s comparable to the PUNCH mode in DC8C but offers a few additional features, such as negative ratio and stereo unlink. I’ve always wanted to do a compressor with just an input and output knob, a compressor that just works: gentle, faithful, from almost invisible, smooth leveling to heavy pumping with a nice crunchy saturation and punchy enough to treat drums with.
DC1A looks like a one trick pony. But don’t get fooled by the lack of additional controls. You may be surprised on how many different material this little thing works. DC1A has a few tricks up its sleeve: negative (over) compression, parallel (New York style) compression, option to compress left and right channel independently (via the DUAL MONO switch), peak and RMS compression (RELAXED switch on) and DEEP activates a high pass filter to reduce pumping on bass heavy material

DC1A is free! So try it out for yourself.