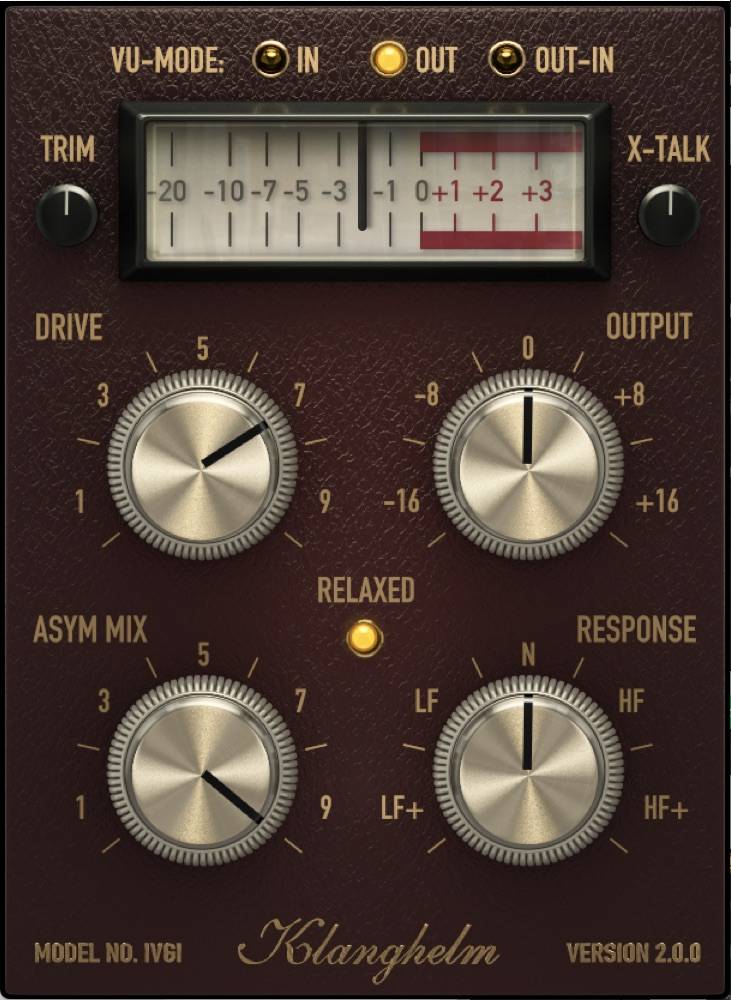 “IVGI can deliver very soft and subtle saturation, that feels at home
on the master buss. It is equally capable of very dense and dirty
distortion effects to spice up single tracks. IVGI’s base sound is comparable to the DESK mode in the big brother SDRR.

Just as SDRR , IVGI reacts dynamically to the input signal. Even the
modeled fluctuations react dynamically and also change depending
on the drive setting, so that it doesn’t get in the way of the
SOUND. Stereo tracks benefit from it’s modeled crosstalk behavior.
Just as its big brother SDRR, IVGI features a Controlled Randomness, which determines the internal drift and variance inside the unit. It contributes to the liveliness and realness of IVGI’s saturation character. To achieve this, all internal processes are modulated to some extent.

IVGI gives you a sensible amount of controls to manipulate the character of the saturation itself. It offers a unique ASYM MIX knob to alter the symmetry of the signal without affecting the harmonic content much.

IVGI also lets you alter the frequency dependency of the saturation with the RESPONSE control.