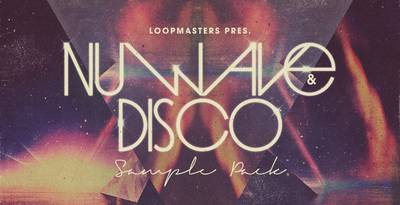 Loopmasters present Nu Wave and Disco a dreamy collection of
stylish samples laden with soul and sparkle for discotheques
around the globe/ Get your groove on with disco auteur Fernando
Pulichino, and this superb royalty-free content from
Loopmasters!

Fernando Pulichino is a producer, DJ, Musician and Songwriter
who started playing music at the age of 14. He’s performed at
clubs such as Fabric (London), Watergate (Berlin) and Space
(Ibiza) and at festivals like Sonar, Glastonbury, The Big
Chill, Exit, Bestival, SXSW and The Garden Festival. He has
numerous releases on labels including Gomma, International
Feel, Ftureboogie, Tsuba, 2020Vision, Late Night Tales, Leng,
Redux, Under the Shade, Nang, Internasjonal, and Bearfunk – on
which he released his debut album ‘Float’.