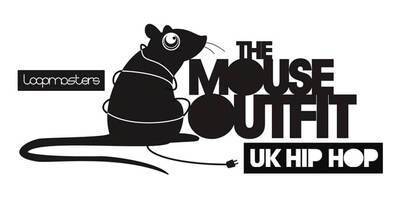 
Loopmasters are proud to present UK Hip Hop from the legendary Mouse Outfit! This collection is without doubt one of the finest hip-hop sample libraries ever made, 100% royalty free and primed to get your creative synapses firing out of the box.

The Mouse Outfit are a Hip-Hop production team and live band from Manchester. They have worked with over 90 musicians and vocalists in the studio and as part of their 9-piece live band. They have performed over 500 live shows throughout the UK, Europe + Asia.

The Mouse Outfit have remained proudly independent, self-releasing 3 studio albums, a remix album, and 50 music videos. They have clocked up over 15 million YouTube views and 400,000 monthly listeners in the process. This pack was created by Chini + Metrodome, the production team responsible for putting together The Mouse Outfit’s last album ‘Jagged Tooth Crook’

Chini is a producer, keyboard player and DJ from Manchester who has been involved in the production of the vast majority of The Mouse Outfit’s releases, as well as being musical director for their revered live show. He began playing the piano aged 7 and after inheriting his father’s record collection, developed a fascination for collecting vinyl. Chini studied jazz at college and set up The Mouse Outfit studio, which became the hub for the creation of their signature blend of Hip Hop, fusing the sound of live instrumentation, samples and rap vocals. Chini is a studio all-rounder and is involved in all aspects of production from composing, arranging and recording to mixing and mastering. He has produced tracks with over 30 different vocalists and performed shows in over 15 countries.

Despite only just hitting his mid-20s, Metrodome is a hugely experienced producer and DJ who has been a key part of Manchester’s thriving music scene for many years. He began DJing from an early age and was competing in DJ battles by the age of 11. He has produced for and performed with a huge array of artists including Levelz, Blah Records, Red Laser Records and worked for the BBC, Channel 4 and MTV. He has DJ’d for Boiler Room and at festivals all over the UK, Europe and Africa. Metrodome is a true music producer in every sense of the word, and composes using an array of different instruments, as well as being equally at home with recording, sampling, mixing, mastering, engineering and generally creating a vibe in the studio. He loves to experiment and try new techniques adding his unique magic sprinkles to any project he is involved in.

About the pack, Chini & Metrodome say:

“We have created 24 construction kits that aim to give you the same producers arsenal as getting a massive stack of old 45s. We wanted to give you the experience of a crate digger who had just acquired a load of rare jazz vinyl but without having to dig for them yourself. Rather than simply relying on recycling our back catalogue, we created some brand-new sounds that integrated modern elements along with the vintage sound of Boom Bap Hip hop.

We aimed to create beats that could be used in their entirety as backing tracks or where you could just isolate one element as use that as the inspiration for a new song. It was wholly created using live instruments, hardware synths and sound modules including a Rhodes Mk2, TR808, Sub37, MPC2000XL and MS2000. All sounds were recorded into Ableton Live and processed to give a warm analogue feel reminiscent of vinyl sampling through tape saturation and vintage FX.”