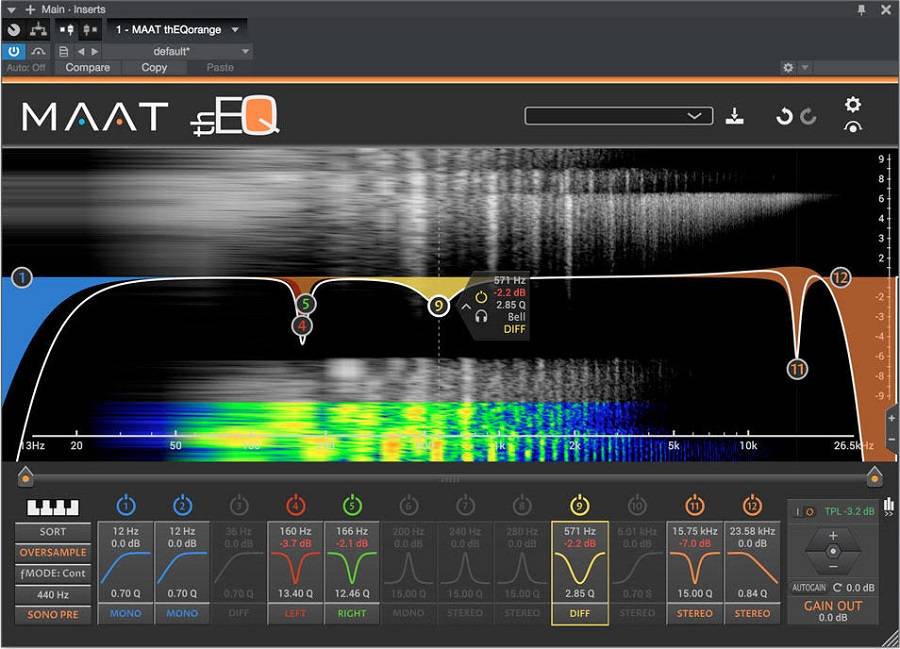 Many mastering engineers, including MAAT founder Friedemann Tischmeyer, were fans of Algorithmix’s legendary original Linear Phase PEQ Orange. Unfortunately, the Algorithmix EQs were available only as 32 bit VSTs for PC and our workstations and our industry has evolved since then. Tischmeyer’s students repeatedly asked for alternatives, which caused him to scan the market for other high class EQs. Colleague Bob Katz recommended EQulibrium, an insanely versatile tool, which Tischmeyer uses for teaching. However, he could not find a satisfying alternative which would take the place of his original PEQ Orange.

The idea was born to reissue this masterpiece and make it available as 64 bit in all common formats and for macOS. An agreement with Algorithmix was made, and MAAT started up in mid–2017. Algorithmix fans heard of that and reached out to us, saying “…just redo it as it is; no extras, no nothing. We just want to have it back in 64 bit and for Mac.” That was encouraging. As a power user, Tischmeyer had some other ideas in mind regarding the UI. He wanted to make it more flexible and faster to use because there is no other tool in the mastering chain an engineer spends so much setup time with. The result? “I think we have achieved that. The UI allows super fast setup and has a number of unique features which help to do so: The positive & negative Contribution function including absolute difference, the adjustable sonogram which makes detecting energy spots you want to clean up easy, and the possibility to play a note on the piano you have in you head and just push the respective frequency to the active band section with one right click are just a few of the new features. What I like too is that I have an overview of all Sections as opposed to just one Section at a time.” In order to not end up with a strange Section order when using many filters, we also added the SORT button so you always have your Sections in ascending order.