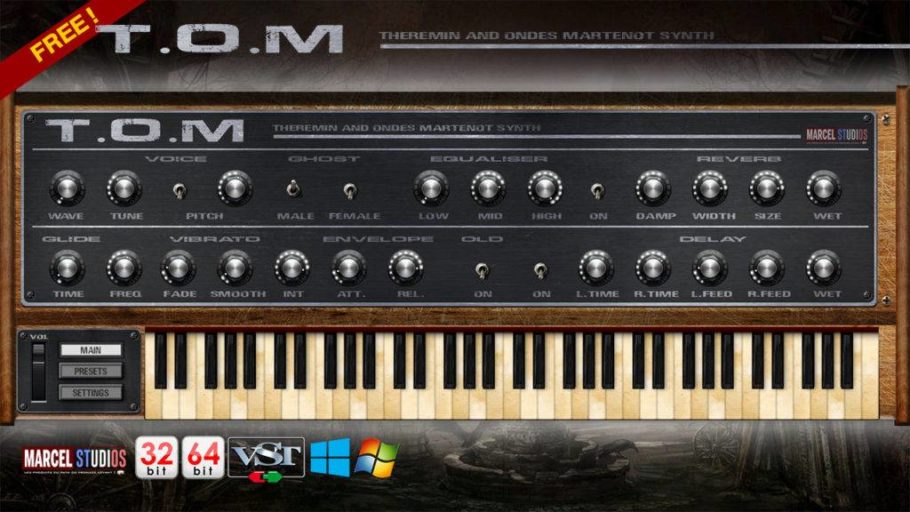 Marcel Studios has released their brandnew freeware synth T.O.M. This tool is a mix between Thérémin, Ondes Martenot and a little something, that does not exist..

You’ll be able to create sounds worthy of the science fiction and horror movies of the 60’s! It’s time for you to become the sound illustrators of Ray Bradbury, H.G Wells and others … as it’s free, there are only a few presets. But they were created to test the potential of the synth and all its features.